At February’s Phillips after 5 the museum collaborated with Arena Stage to celebrate their production of John Logan’s play Red and our Rothko Room. Teaching artists from Arena led theater workshops that brought artworks from the museum to life through tableaux vivants or living pictures. Have a look at participants at play! 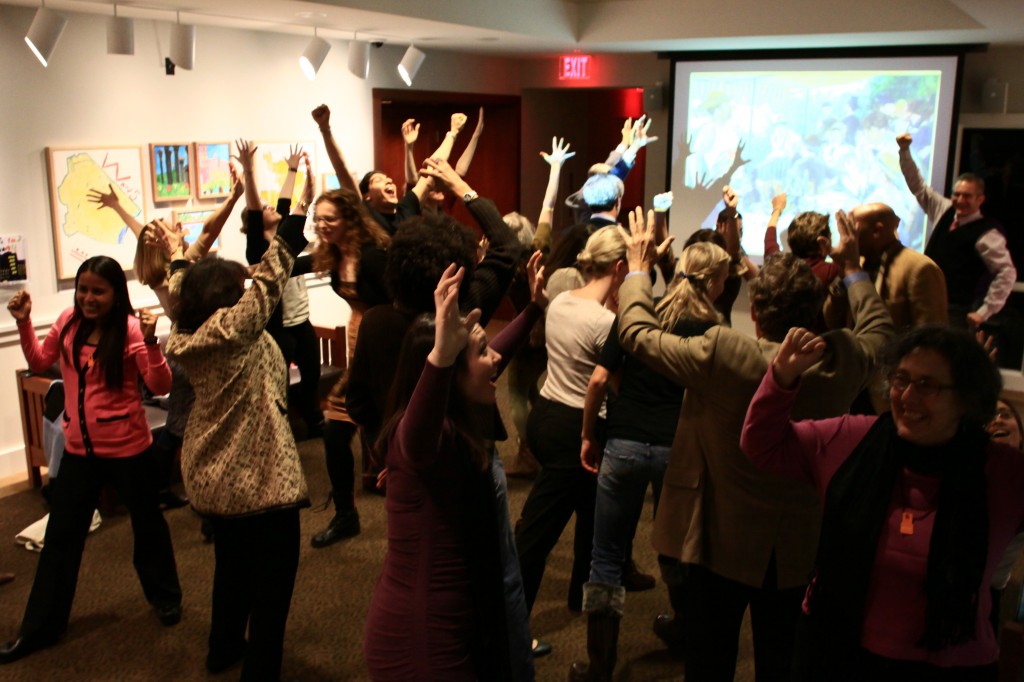 Participants warm up by making individual tableaux. The inspiration: freeze like you just won the lottery. Photo: Charles Mahorney 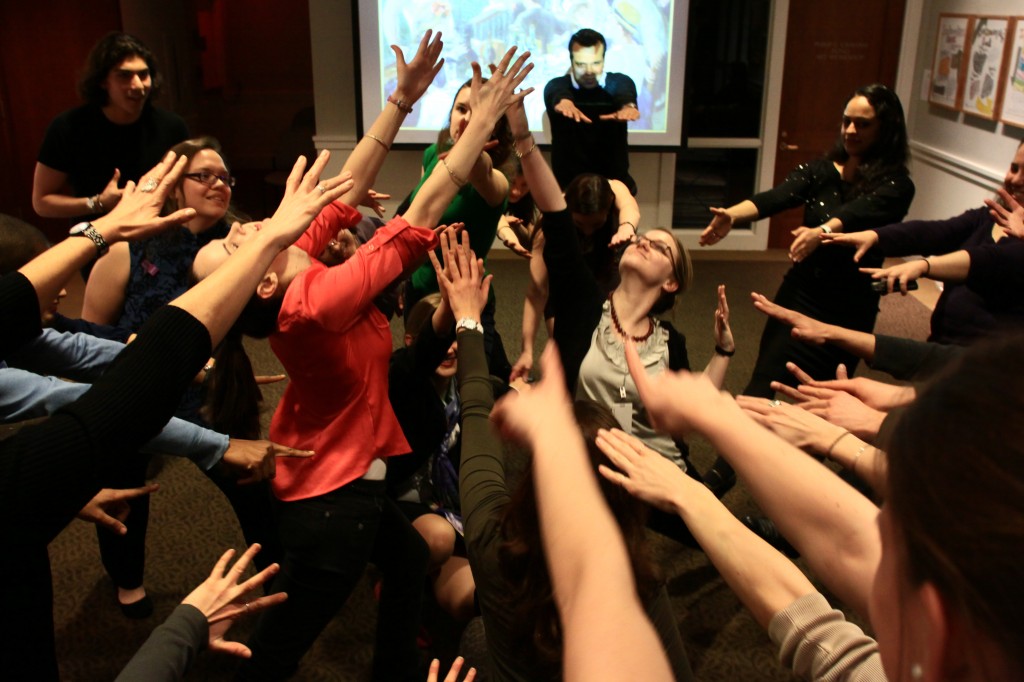 More warm-up as participants collaborated to make a shape with a focal point. Photo: Charles Mahorney

In the next series, participants took Daumier's The Uprising as a source of inspiration for tableaux. Honoré Daumier, The Uprising (L'Emeute), 1848 or later. Oil on canvas, 34 1/2 x 44 1/2 in. The Phillips Collection, Washington, D.C. Acquired 1925. 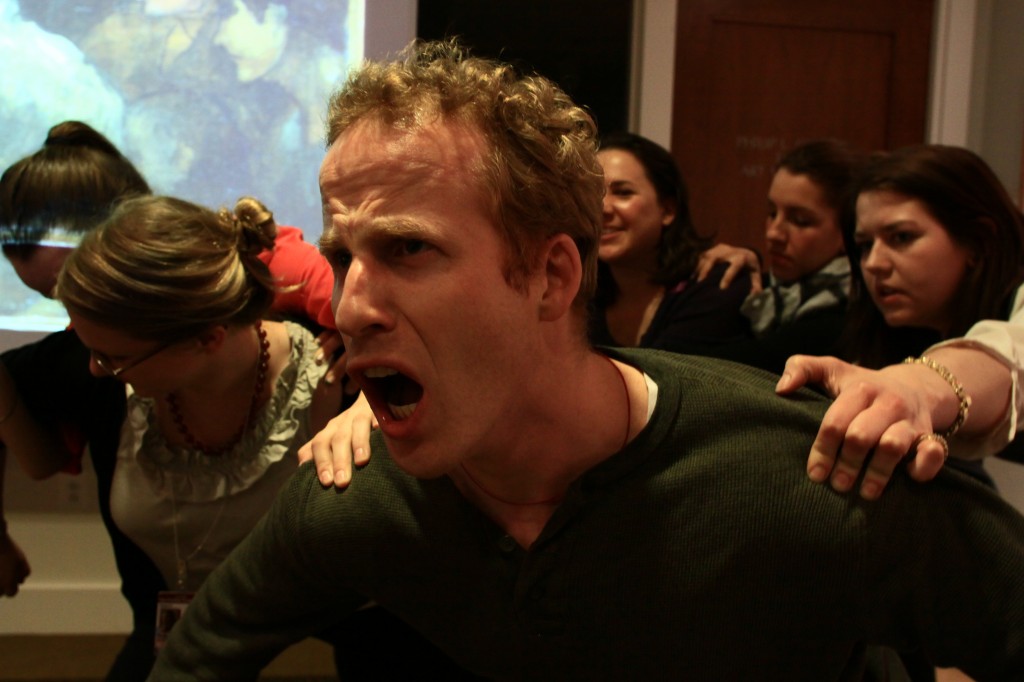 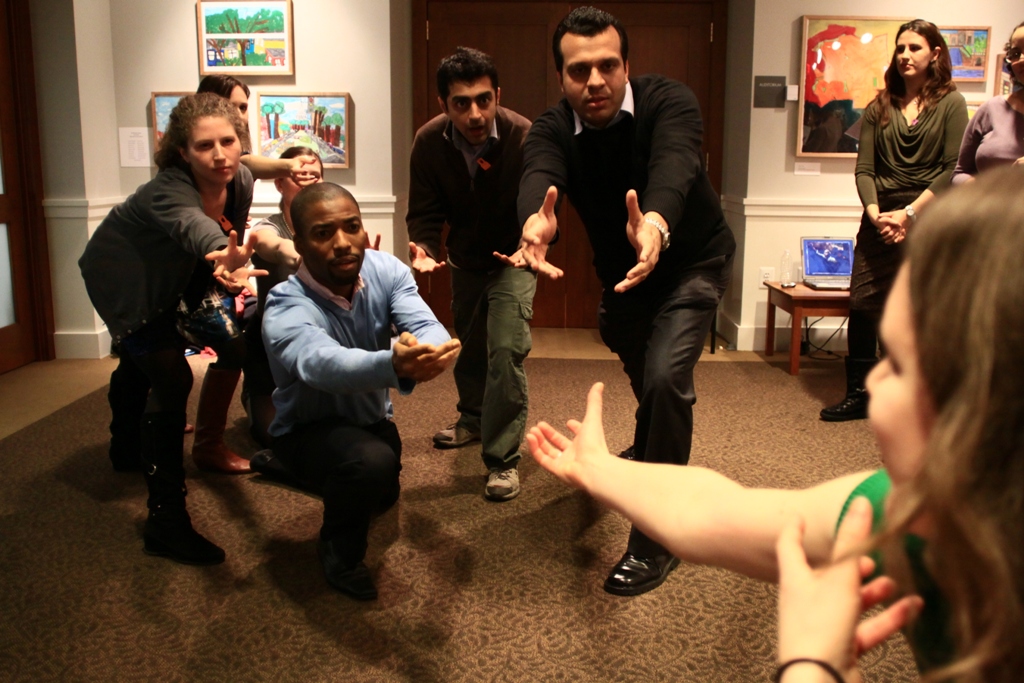 Another tableau inspired by The Uprising. Photo: Charles Mahorney