Walking through the Phillips’s new Snapshot exhibition, a viewer encounters hundreds of personal photographs by  seven artists. In some cases, these photos are exploratory studies for future paintings and prints. Most of the time, however, they simply document the artist’s everyday life. What’s striking about the photographs on display is not only how much they extol the artists’ aesthetic sensibilities, but how much they  reveal about their private lives. These artists photographed their true loves, whether the streets of Amsterdam, nieces and nephews playing in the backyard of a country manor, or, in many cases, the women in their lives.

In honor of Valentine’s Day, this is the first in a series of three love stories, featuring artists in the exhibition—Pierre Bonnard, Henri Evenepoel, and Edouard Vuillard—and the ladies they loved. 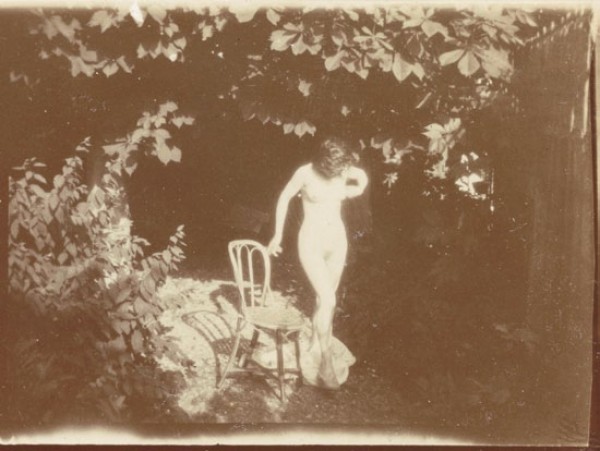 Legend has it that a 26-year-old Pierre Bonnard met 16-year-old Marthe de Méligny when he helped her cross a Paris street in 1893. Marthe had just moved to Paris after leaving her hometown of Saint-Amand-Montrond, a small town south of Bourges, and was working in a shop making artificial flowers for funerals. As the story goes, they fell in love and dedicated their lives to one another until her death in 1942. Happily ever after, right?

Ah, if only it were that simple. First, Marthe came from a lower class, which made it difficult for some of Bonnard’s family and friends to accept her. Perhaps this is one reason why Bonnard didn’t marry her until 1925 after living with her for more than 30 years. Even after they made it legal, Bonnard told very few people they were married. Bonnard is known to have had several affairs with other women over the years, but he always remained devoted to Marthe. She may not have had the upbringing expected of Bonnard’s companion, but what Marthe lacked in class she made up for in patience!

Although Bonnard had his share of issues, Marthe had a few secrets of her own. Ever the mysterious lady, Marthe initially lied about her age (she was actually 24 when she met Bonnard, not 16) and neglected to mention that her real name was not Marthe de Méligny but was, in fact, Maria Boursin. For reasons still unknown, Marthe had broken off contact with her family before moving to Paris, so no one really knew her age, where she came from, or her real name. Bonnard was not made aware that Marthe was really Maria until after they were married. I guess you could say Bonnard made an honest woman out of Marthe by marrying her. 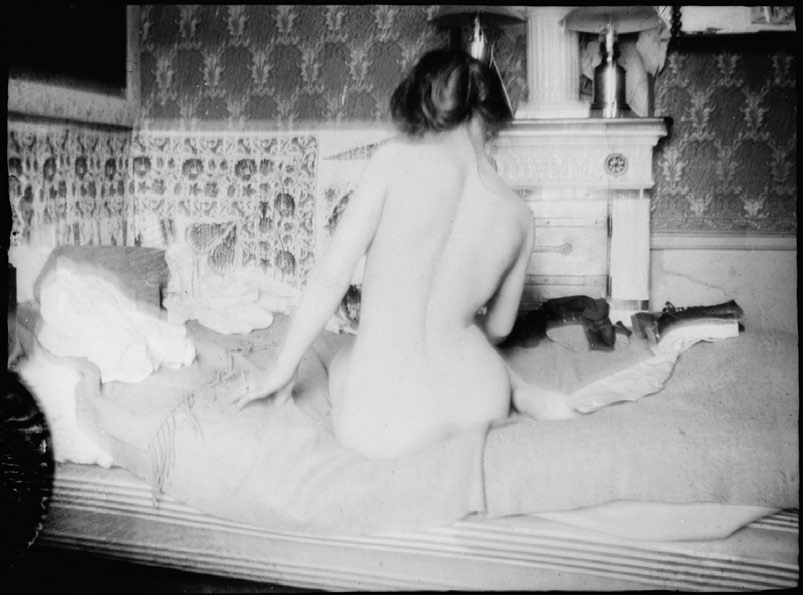 Despite this winding, uphill road to the altar, Bonnard and Marthe had a long, fruitful union. Bonnard found in Marthe endless inspiration and a beautiful female form that he captured in paint, prints, drawings, and on film. Bonnard often photographed Marthe in the nude to sort out poses for his paintings and prints. Bonnard likely used the above photograph of Marthe seated on a bed as the source for his illustration of Summer for Paul Verlaine’s book of poetry, Parallélement. 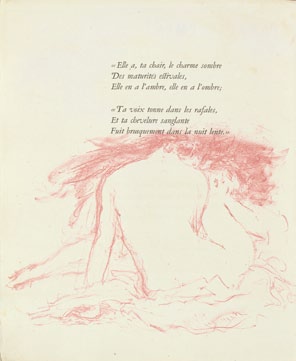 Marthe rarely looks into the camera in these photographs, maintaining a demure yet erotic presence. Her pale skin strikes a radiant contrast with the shadows that surround her in the dark interior of the bedroom. The curvature of her back leads the viewer’s eye up her spine where her hair has been pulled up to reveal a gracefully bowed head. Bonnard took great care to capture her in a variety of poses and movements and depicted her with an unabashed admiration that shines through these works. Her hourglass form, whether bathing, frolicking in the woods, or posed on a bed, served as Bonnard’s feminine ideal. Although it took him a while to marry her, Bonnard immortalized Marthe’s beauty and youth in the intimate photographs, prints, and paintings on view in Snapshot.

4 thoughts on “What’s your name again?: The Love Story of Pierre and “Marthe” Bonnard”