Evenepoel arrived in Paris in 1892 at the age of twenty. He quickly fell in love with his new city and with his cousin, Louise de Mey. Yes, his cousin. To add more drama to an already uncomfortable situation, Louise was married with two small girls, Henriette and Sophie. But that didn’t stop Evenepoel and Louise from falling in love and producing a son, Charles, in 1894.

Not surprisingly, Louise figures prominently in Evenepoel’s work. He loved photographing and painting her, as well as their son and her two daughters. His affection for her (and her affection for him) is most prominent in his photograph of her from summer 1897 (above). In the photo, an ornately dressed Louise smiles at her lover, who has immortalized their undeniable joy and captured a shining moment in the history of hats. 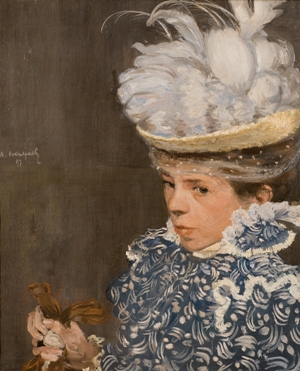 Evenepoel would later use the photograph as the basis for his 1897 painting The White Hat. His numerous photographs and paintings of Louise and her three children attest to Evenepoel’s belief that every artist must work from his heart to produce important work. It’s clear from the photographs and paintings on display in the exhibition that his heart belonged to Louise, her two girls, and their son Charles. From the moment he fell in love with Louise, Evenepoel said he pursued his work with a passion inspired by his love for her and the children. Sadly, Evenepoel died of typhoid in 1899 at the young age of 27 . We can only speculate where Evenepoel’s career would have taken him— in letters to his father he wrote often of wanting to be a photographer—but his promise as both a young painter and photographer lead one to believe Evenepoel would have only grown in talent and prominence had he lived longer. He left behind heartbreakingly sincere photographs and beautiful paintings of those he loved. 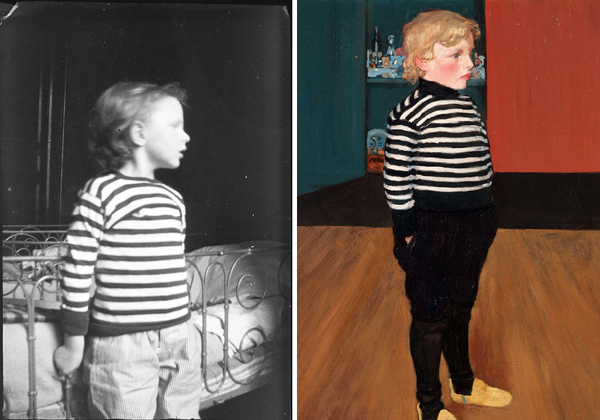