The Phillips Collection engages with local voices by asking community members to write labels in response to works in the collection. Read some here on the blog and also in the galleries of Seeing Differently: The Phillips Collects for a New Century. How do these perspectives help you see differently? What would you write about these artworks? 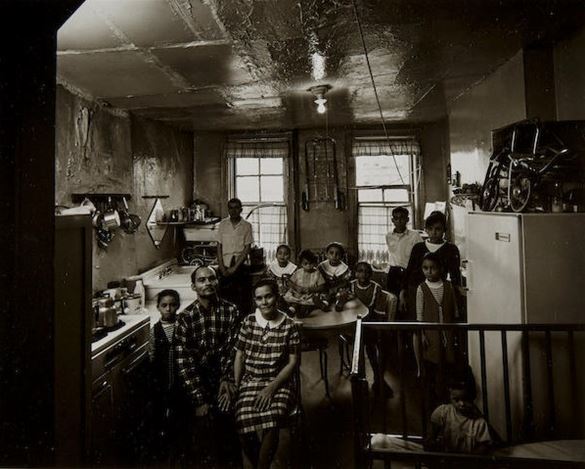 Not knowing anything about this piece when I initially viewed it, I was immediately struck by a sense of place and connection among a family who appears to be striving for formality in front of the camera. I was first struck by the objects. In the small kitchen, everything seems to have its place. Even the ceiling seems to gleam. Only then did I start to be drawn to the faces—placing each one in what I think is their role and age. Though the photo transports you to a different time, it is ageless, from the teenager at the back who is removed and somewhat sullen, longing for independence, to the apparent Daddy’s girl, refusing to leave his side.

Later, I read a bit more about the artist, Bruce Davidson, and the critique of how his work reflected Harlem—some feeling too negatively, others feeling too positively. What I appreciate is how Davidson places himself in the work. Though you can’t see him, everyone else is looking at his lens. They are aware of his presence and impact on their existence for that moment. It brings an authenticity that doesn’t center the artist but doesn’t ignore him. He is not a fly on the wall, but rather a disruptor, truthfully acknowledging his role in creating the moment. 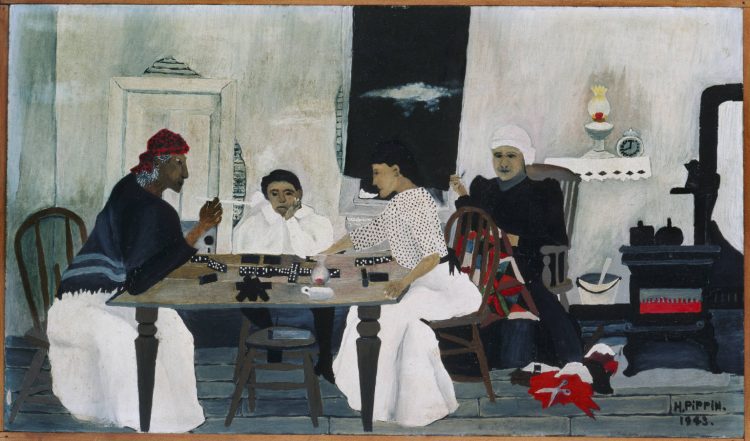 Dominoes is synonymous with macaroni and cheese, peach cobbler, and candied yams. Guaranteed to find its way at most traditional gatherings, alongside trash-talking, and a good game of spades. If you were smart, you sat next to grandma and watched her play, over time, memorizing her moves. She had mastered the game. Nothing written down, the oral traditional is strong. Some call it an old folks games. I call it a rite of passage.