Tamika D. Mallory is an American activist and one of the leading organizers of the 2017 Women’s March, for which she was recognized in the TIME 100 that year. Additionally, she received the Coretta Scott King Legacy Award from the Coretta Scott King Center for Cultural and Intellectual Freedom in 2018. She explored Jacob Lawrence: The American Struggle, and penned this response to Panel 27. 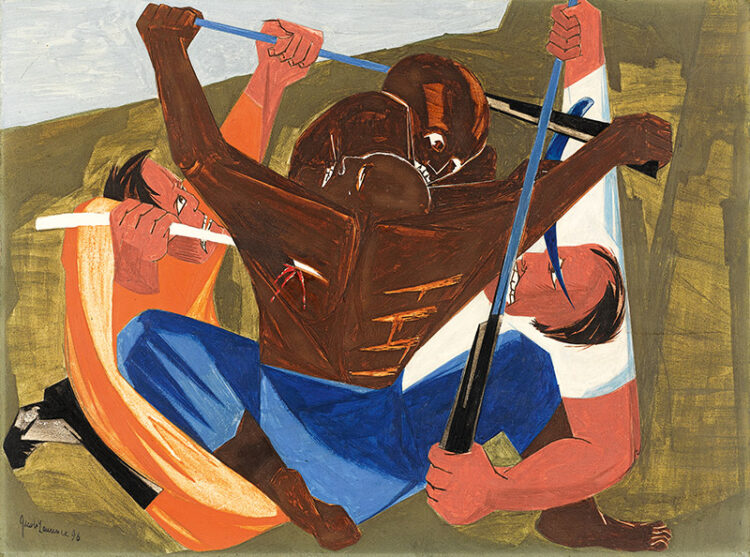 “Jacob Lawrence’s Panel 27 of the Struggle series is a vivid expression that encapsulates not only the plight of the enslaved Africans in the 1800s, but the pursuit of Black Americans in our modern day. Despite the 200 years since Captain James declared his refusal to live in bondage any longer, we as Black Americans still find ourselves fighting for freedom. America is the land of many that serves a few. Jacob Lawrence’s iconic depiction of past struggle reminds us of how important it is to relentlessly seek justice for all. Whether we are protesting, boycotting, galvanizing, lobbying, or strategizing, our spirit for lasting change will never die. We have served this cruel land long enough. We will fight…Until Freedom.”