Berlin-based composer Catherine Lamb’s music inhabits different worlds. Inspired by visual art, geometry, phenomenology, and the relationships between tone and color, sound and physical space, Lamb’s conceptual approach mirrors that of sound artist Maryanne Amacher’s notion of “immersive sonic architecture.” On Sunday, January 30, musicians Conrad Tao and Jay Campbell present the DC premiere of Lamb’s new work, The Additive Arrow, co-commissioned by The Phillips Collection. The Additive Arrow draws from concepts within the work of visual artist Paul Klee, a central figure in the Phillips’s permanent collection, and the most influential artist of the 20th century in terms of the relationship between music and painting. Director of Music Jeremy Ney explores different strands of Catherine Lamb’s work in this Q&A. To reserve virtual tickets click here.

JN: Perhaps more so than any other early 20th-century artist in the Western tradition, Paul Klee articulated the musical impulse in visual art. The legacy of his work and thought is as keenly felt in musical circles as it is in visual. I read that German composer Karlheinz Stockhausen told French conductor and composer Pierre Boulez that Klee was the best composition teacher you could wish for, which even now feels like a provocative idea. The point was, as I understand it, that Klee’s writings and teaching sought to illustrate universal principles that were applicable beyond visual arts, and at least in music there appears to be something fruitful in engaging with Klee’s ideas and principles. What does that mean for you; do you look to visual inspiration in direct or indirect ways? 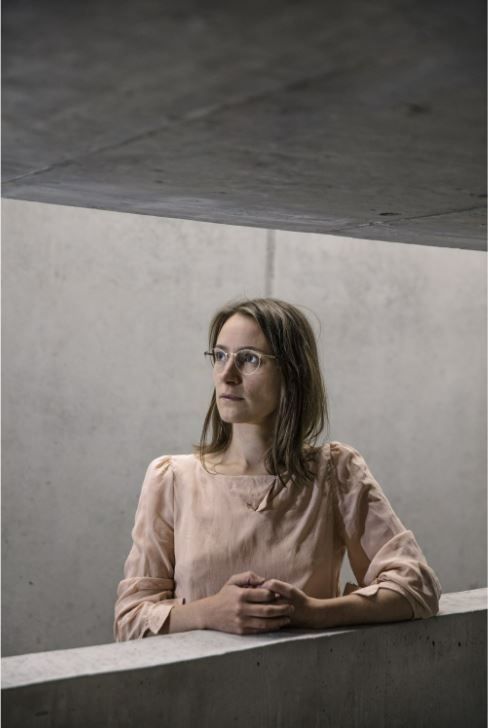 CL: I am often utilizing terminologies that are used amongst visual artists. Terms like saturation, intensity, vibrancy, opacity, transparency, additive, subtractive are in my list of common words when describing how to approach musical concepts. I took Alber’s term the interaction of color, for instance, and replaced color with tone. That has become an ongoing research project for me for the past ten years. I love reading the writings of visual artists like Bridget Riley, to imagine how she thinks about color combinations and their phenomenological intensities. I’ve been obsessed with artists’ interpretations of the spiral since it is such an elemental shape that also holds validity in our own biological structure, being the very shape of our inner ears. So I’ve been looking to artists like Louise Bourgeois, Ruth Vollmer, and Alma Thomas. Or I’ve thought a lot about Charles Gaines’s trees with numbers. Chiyoko Szlavnics, who often composes directly from her own drawings, mentioned to me once she imagined the differences between different pencil strokes (their granular qualities and thicknesses) in relation to orchestration.

For me, it’s the conceptualizing on the human condition in relation to form, shape, and structure that brings me to visual artists when describing certain relationships with sound. I don’t do a direct translation but I think there is something deeper that connects all of us, even when we describe something as a certain color, before we name it, it’s something else. Before it’s named it’s in an atmospheric state. That something else is the link to music for me. Perhaps it’s simply being a human in the world and sensing things. So in that way, I find all kinds of artists inspirational to composition, as the fundamental sense of what composition itself is. I think music is separate from anything else, but composition is linked to all other art forms.

JN: The name of your piece, The Additive Arrow, comes from a specific concept in Paul Klee’s pedagogical sketch book. What does this concept mean for you and how does it guide a sense of movement within the piece? 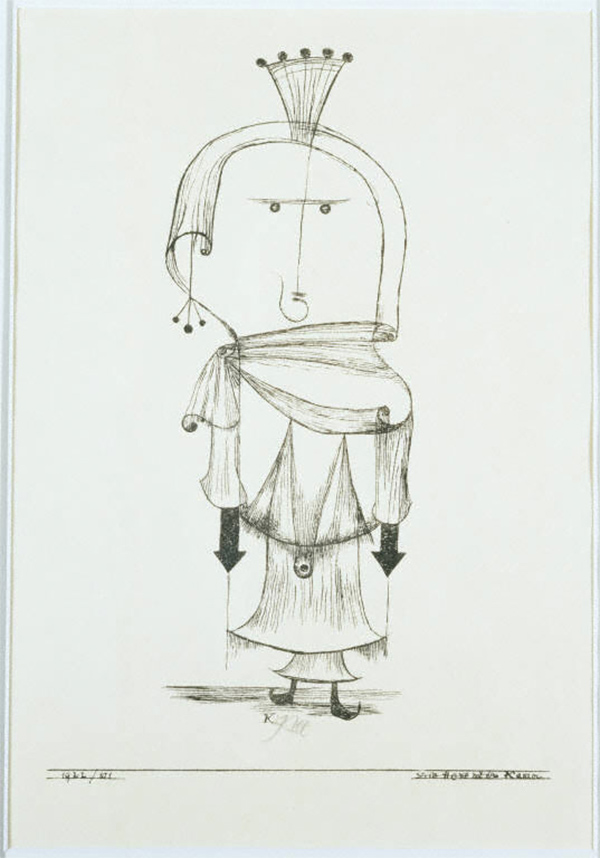 CL: When I first observed Paul Klee’s arrows I thought they were a little silly. But I was fascinated by them at the same time. Later I realized they were quite explanatory for what he was trying to do. I thought he was trying to paint motion itself. When reading his Pedagogical sketchbook, that definitely seemed apparent from his first description of a line, “an active line on a walk, moving freely, without goal,” then a little later, “an active line, limited in its movement by fixed points.” He’s first talking about the motion of energy before he gets to the body and bone and structure. This is a lot like how sound functions. The vibrating energy moves the body and matter. He goes through dimensionality, then structure. Then back to the air and the earth (like reverberating planes). Then the pendulum, the spiral, until finally he gets to the arrow. He asks, “How does the arrow overcome the hindering friction? Never quite to get where motion is interminate. Revelation: that nothing that has a start can have infinity.” So in a way I tried to compositionally draw a conceptual arrow going into one direction and see if that were true, if a sense of infinity was not possible? The generating motion being initiated from Jay’s lowest two strings on his cello, reverberating together on a plain, are always directing a kind of attention that is slowly rising. Sometimes it is imagined, and sometimes it is real, depending on how you’re feeling, or how explicitly the interactions are sounding. Conrad’s synth is the arrow, always guiding it. I also wonder, how much of that motion of energy becomes layered in our memory and adds together as it rises? How dense can it get in our consciousness?

JN: The musical paradigm was a current through most of Klee’s work, and certain borrowed musical language that crops up in painting, like ‘polyphony’ is largely attributed to Klee. At the same time, where Klee laid claim to the territory of music, he also believed that painting could exceed it. He writes that “polyphonic painting is superior to music in so far as the temporal element has more of a spatial quality. The sense of simultaneity emerges in an enriched form.” For Klee the “superiority” here is the notion that the totality of a painting, in all of its polyphonic layers, can be recognized at once, rather than after the completion of a sequence, as in music. How do these ideas of temporal and spatial forms operate in your music, and in particular within The Additive Arrow.

CL: I disagree with Klee but that’s because I think music is (maybe) the highest art form! (I don’t like hierarchical statements like the one I just made, I cringe at myself for writing it, but I do often believe this to be true!) For me, music has the ability to consistently encompass a total space (both inner and outer) like no other art form I’ve experienced. Sitting in a James Turrell sculpture outside at dusk or dawn, looking up at the open square in the sky, and sitting in those transitional states comes very close to it, but not quite. Recently I got lost in reading every Octavia Butler book I could find, and I was reminded by how infused as a reader one can step into another total dimension, which is very particular. Then ever so rarely, a film. Like every Apichatpong Weerasethakul film I’ve watched. What is that?

Maybe it comes back to the thing discussed earlier, that there is something so elemental to the human condition that pulls us/directs us towards another experience that is both inner and outer at the same time. Both inside us and outside us, expanding who we are. So basic as that.

Back to Klee, maybe we shouldn’t make such statements as to whether a painting is better at accessing space and dimensionality than music or vice versa. Clearly he was interested in the motion of energy in space, and I believe he played the violin? Maybe he could access it better in painting than he could on the violin. This could be true for him and him alone, as all subjective things tend to be.

So back to my own subjectivity: I have a different understanding of polyphony as it relates to music, and it exists everywhere.

JN: In your compositional process, do you ever engage with specific artworks? I’m wondering about the participatory nature of your music, how the lines between audiences, performer, exterior, and interior are constantly interacting. Does the very particular visual syntax of a single image provide a conceptual frame for you, or is that a potential limit on the different levels of interactions that you seek? 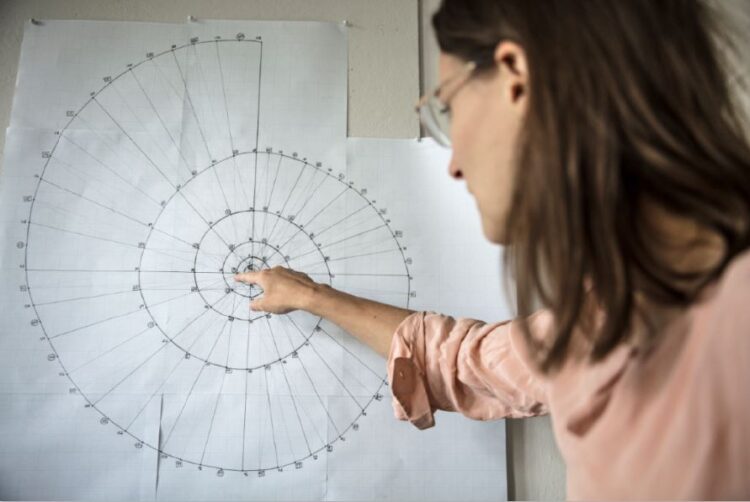 CL: I will speak briefly about my recent work with spirals. I came to them because of their totally banal, recurring, omnipresent nature. I started to take a picture every time I came across one during the day but it quickly became too overwhelming of a task! Now my son is constantly pointing them out to me. Many artists of all kinds seem to have a connection to the spiral. Louise Bourgeois said it well:

“The spiral is an attempt at controlling the chaos. It has two directions. Where do you place yourself, at the periphery or at the vortex? Beginning at the outside is the fear of losing control; the winding in is a tightening, a retreating, a compacting to the point of disappearance. Beginning at the center is affirmation, the move outward is a representation of giving, and giving up control; of trust, positive energy, of life itself.”

I started to ask myself, is this a shape that is completely inherent to being a human being? Because it is the shape of our DNA pattern? Our inner ear? Our fingerprint?

Mani Kaul describes the compositional state a dhrupadi musician inhabits when interpreting a raga. He calls it the inner path of a spiral.

My friend Laura Steenberge once gave a lecture on Carl Jung. At one point she projected on a large screen behind her hundreds of found images of real things that looked fantastical. Strange sea creatures, unusual cloud formations, ice crystals, all quickly flashing in front of us in succession. At the end she asked us if we would collectively dream later on?

I’ve more recently tried a variation of this technique in a lecture with spiral images of all kinds. When you observe a similar shape over and over and over again, what does that do to the observer? Is this shape universal?

But let’s take it away from the visual for a moment and go microscopic. I’m wondering if in various dimensions, we are a spiral, so that the image of one isn’t even necessary. There’s no translation there from image to sound, they are coming from the same structure. 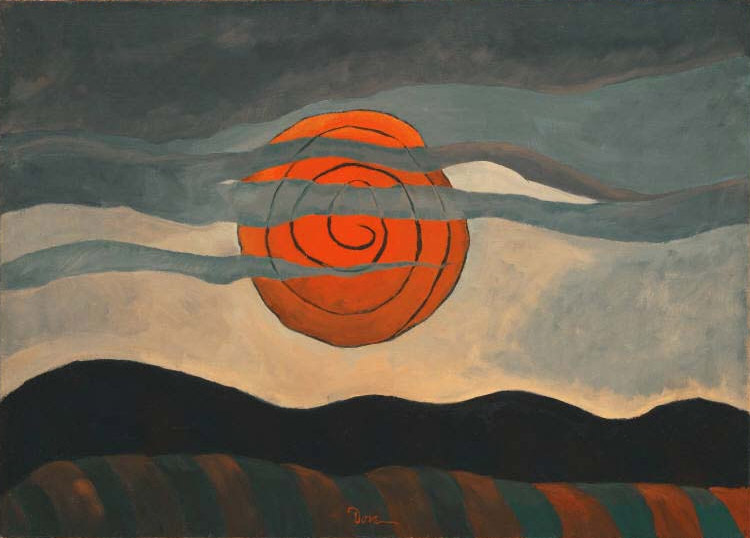