The groundbreaking Barnett Aden Gallery, the first Black-owned commercial art gallery in the United States, opened at 127 Randolph Place NW on October 16, 1943. It was founded in the private home of James V. Herring, director of the Howard University art department and Alonzo Aden, former curator of the Howard University Gallery of Art. Alma Thomas was the gallery’s primary funder and vice president. Herring and Aden, who frequently collaborated with Duncan Phillips, modeled the Barnett Aden Gallery on Phillips’s conviction that art should be enjoyed in an intimate setting. Phillips described his museum as “a home for all those who love art [where] visitors will feel inclined to linger and to return again.” Inspired by these ideas, the inaugural show at Barnett Aden was called Art for the Home. The gallery displayed works by artists of diverse backgrounds and upheld the belief that art should be available to everyone. It endorsed living artists who were not yet established and sold small-scale works for the starting collector. Visitors from across the city attended the gallery’s racially diverse exhibitions and educational programs. The gallery became a destination for cultural exchange and discourse, and the art openings were among the few interracial social events in the city.

Many local and up-and-coming painters were given their first group or solo show at the Barnett Aden Gallery. The Phillipses and the museum staff offered support by loaning paintings, purchasing art, and attending exhibitions. For example, from April to May of 1946, the Barnett Aden hosted Loïs Mailou Jones’s first solo show. Duncan Phillips lent Place du Tertre, 1938, which he had purchased from Jones in 1944. The painting was prominently featured in the brochure, below.

The Barnett Aden Gallery also hosted Irene Rice Pereira’s first solo exhibition, from December 1948 to January 1949. The Phillipses attended the opening and made their first acquisition from the gallery, Pereira’s Transversion, 1946. Aden thanked Duncan Phillips in a letter dated February 17, 1949: “The members of the staff of the Gallery and I wish to express deep appreciation of yours and Mrs. Phillips’s visit and of your willingness to purchase the painting of I. Rice Pereira. We hope that you will continue to enjoy it more during the coming years.” The receipt below reveals the $650 purchase price for the work. 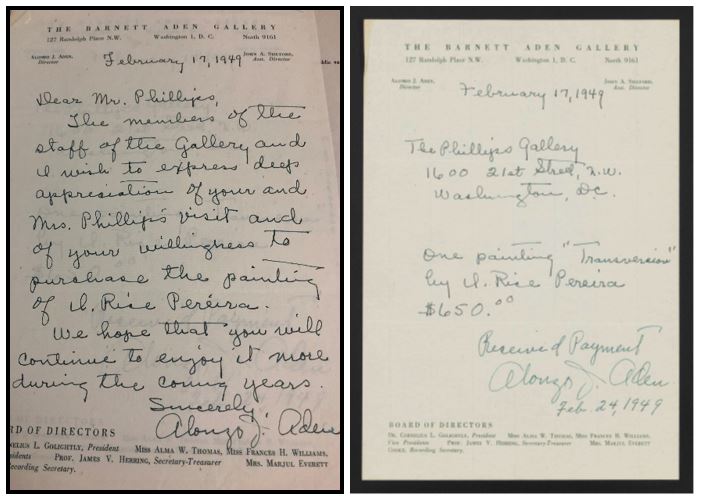 For the Barnett Aden’s 10th anniversary show Eighteen Washington Artists, the Phillipses lent Fish by Robert Gates. Duncan and Marjorie attended the exhibition with staff and kept this brochure. 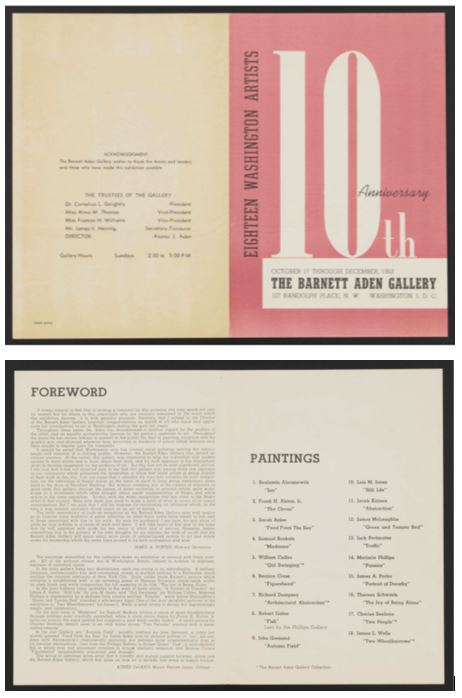 On May 2, 1954, Aden wrote a letter of thanks to Phillips and enclosed a newspaper clipping from The Washington Star, which relayed details from the 10th anniversary exhibition opening. Aden noted that The Phillips Collection’s loan was prominently featured in one of the images in the article. 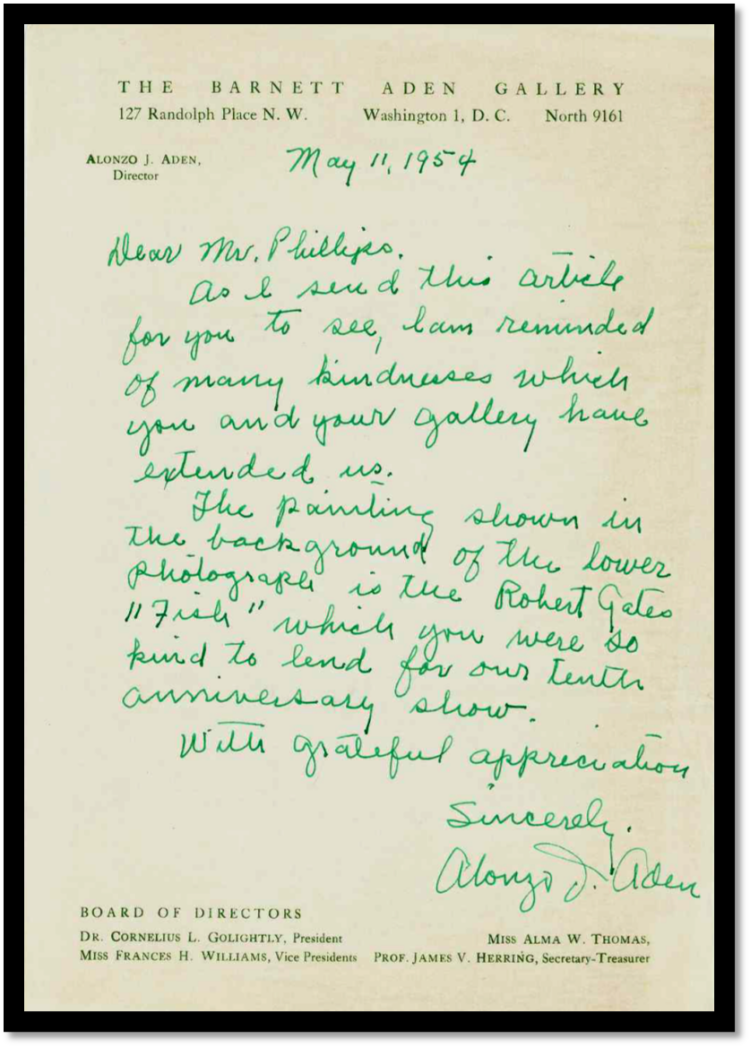 [Transcript: Dear Mr. Phillips, As I send this article for you to see, I am reminded of many kindnesses which you and your gallery have extended us. The painting shown in the background of the lower photographs is the Robert Gates “Fish” which you were so kind to lend for our tenth anniversary show. With grateful appreciation. Sincerely, Alonzo J. Aden]

At the gallery opening, The Washington Star reviewer highlighted the art of Jones and Pereira, who stands by her piece and next to Aden in the top right photo. 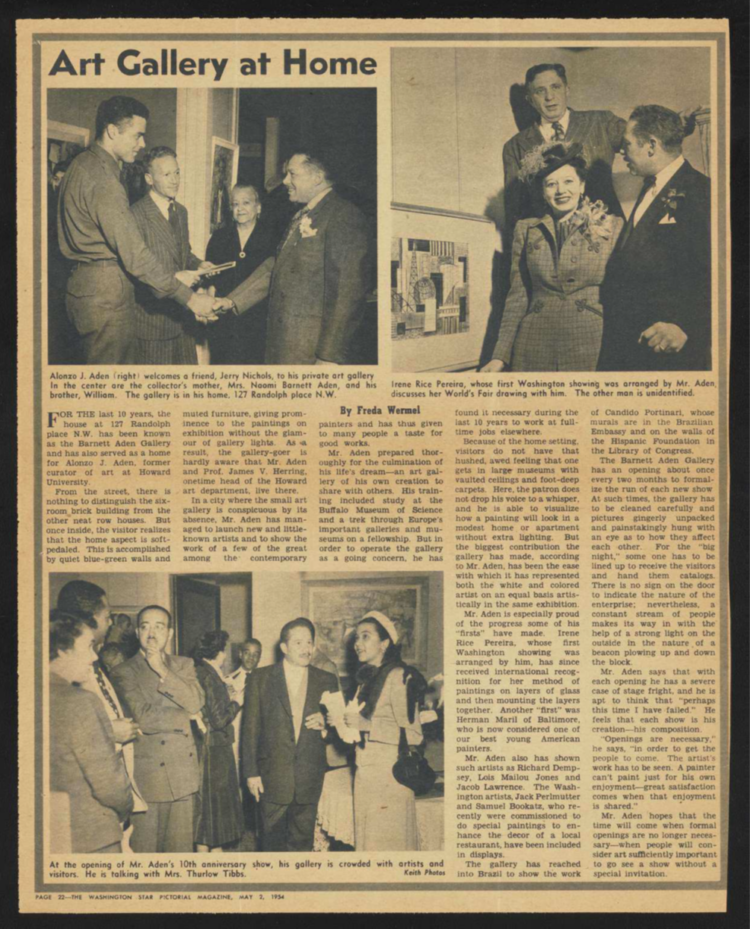 One thought on “From the Archives: Barnett Aden Gallery and The Phillips Collection”