Austrian-born Franz Bader (1903-1994) fled Europe for the US in 1939 and settled in Washington, DC, where he worked at The Whyte Bookshop and Gallery located at 17th and H Streets. During the 1930s, the Whyte, The Phillips Collection, and the Howard University Gallery of Art, were among the few galleries in DC to acquire and exhibit the work of local living artists, including artists of color. Bader became director of Whyte Gallery in 1948, and then later opened Franz Bader Gallery in 1953. Duncan Phillips may have met Bader at Whyte Gallery. Archival correspondence indicates that he actively made purchases there, even acquiring examples by museum staff like Circus by John Gernand, who attended the Phillips Art School, worked with Alma Thomas’s teacher Robert Gates at American University, and served as the Phillips’s registrar and archivist.

The Phillipses and Bader also crossed paths at the museum. Bader later recalled to Duncan’s son Laughlin Phillips: “The beauty and informality of the Phillips Gallery has always meant so very much to me. Visiting it the first week after my arrival in this country helped to form my idea of America.” Duncan Phillips and Bader shared an interest in promoting DC’s arts community. In the 1950s Bader requested Phillips’s assistance with a traveling exhibition that featured work by Washington artists, supported by the United States Information Agency, and planned for Vienna, Bader’s hometown. 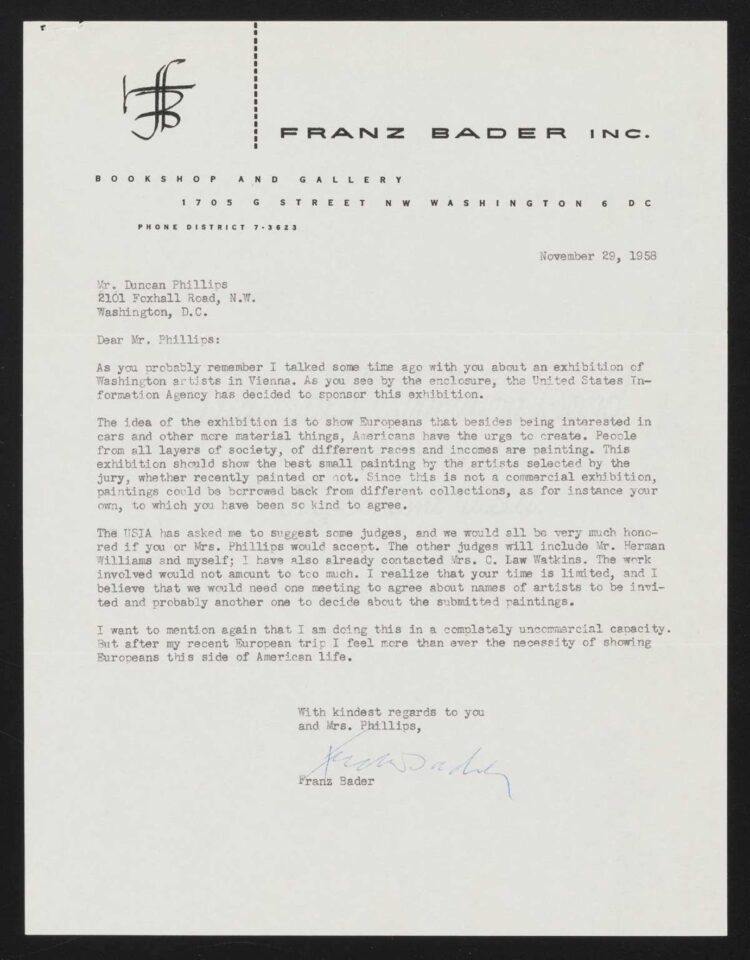 Through acquisitions and exhibitions, Phillips and Bader gave many Washington-based artists their first opportunities. Following the success of Alma Thomas’s first solo show at the Howard University Art Gallery in 1966, Bader became Thomas’s primary dealer. In 1968, he hosted an exhibition of Thomas’s paintings and watercolors, her first major one-person show at an established DC commercial art gallery. 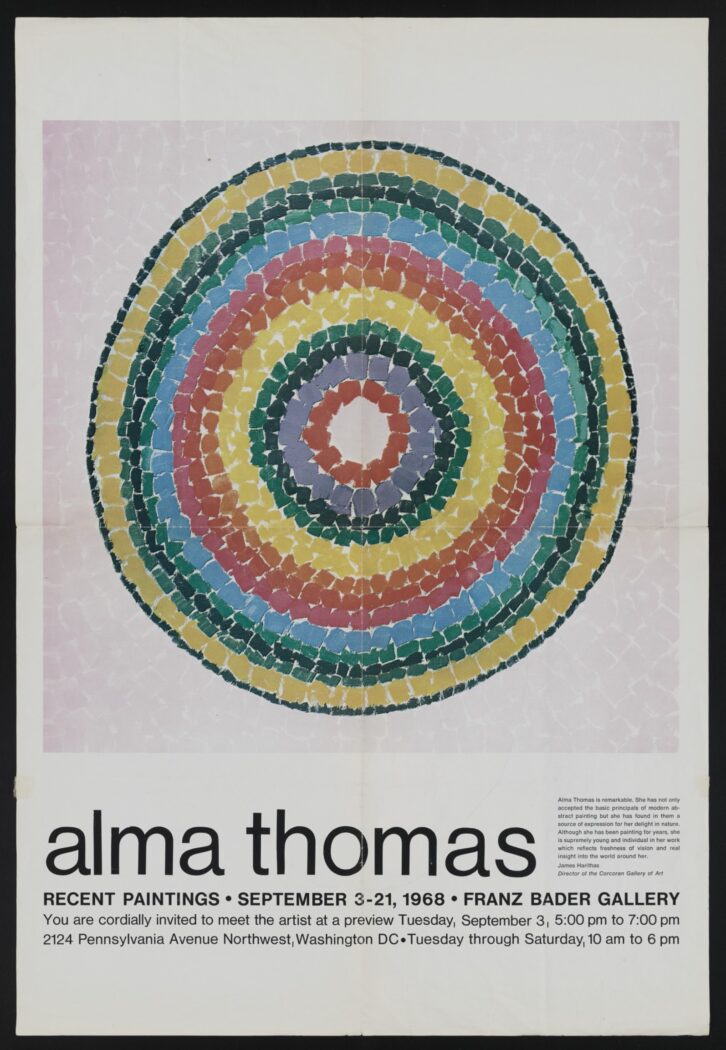 In 1970, Bader presented paintings from Thomas’s Earth and Space series, two years before they went on view in the artist’s career defining retrospective at the Whitney Museum of American Art. In late 1971, while curating A Small Loan Exhibition of Washington Artists for the Phillips, Marjorie Phillips negotiated with Bader the loan of Thomas’s acrylic Atmosphere. Thomas’s last show at Franz Bader Gallery occurred in 1974, and it included two works that were on view in the Alma W. Thomas: Everything Is Beautiful exhibition: Fiery Sunset, owned by Bader, and Horizon. 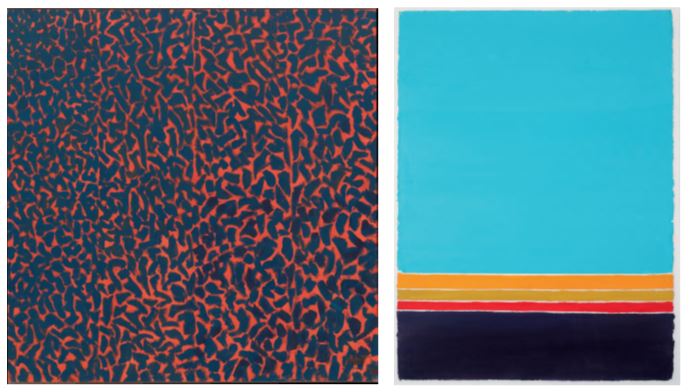 In 1976, two years before Thomas’s death, Bader donated to The Phillips Collection Breeze Rustling Through Fall Flowers. The archival letters below relate to the gift. Bader acknowledges to then director Laughlin Phillips that Thomas was pleased to have an example of her work at the museum and hoped “that this will enable people to enjoy the painting.” On Thomas’s carbon copy, in her papers at the Archives of American Art, Bader annotated the letter with “Congratulation Again.” Laughlin Phillips wrote to Bader that the Thomas painting is “a significant addition” and “we are extremely pleased to have it.” 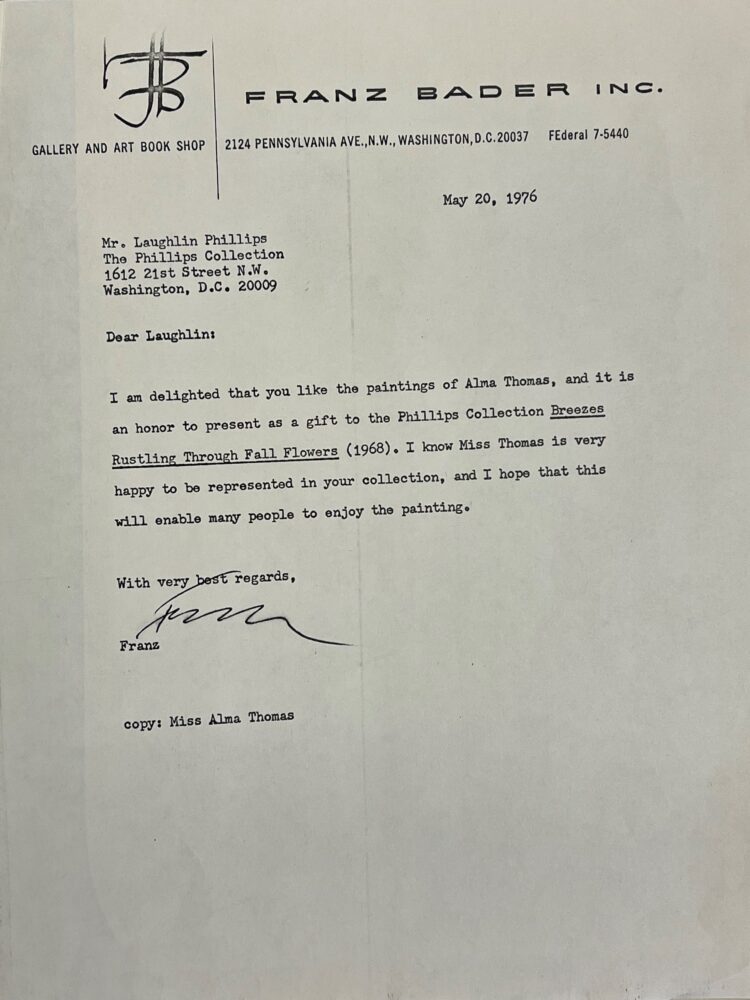 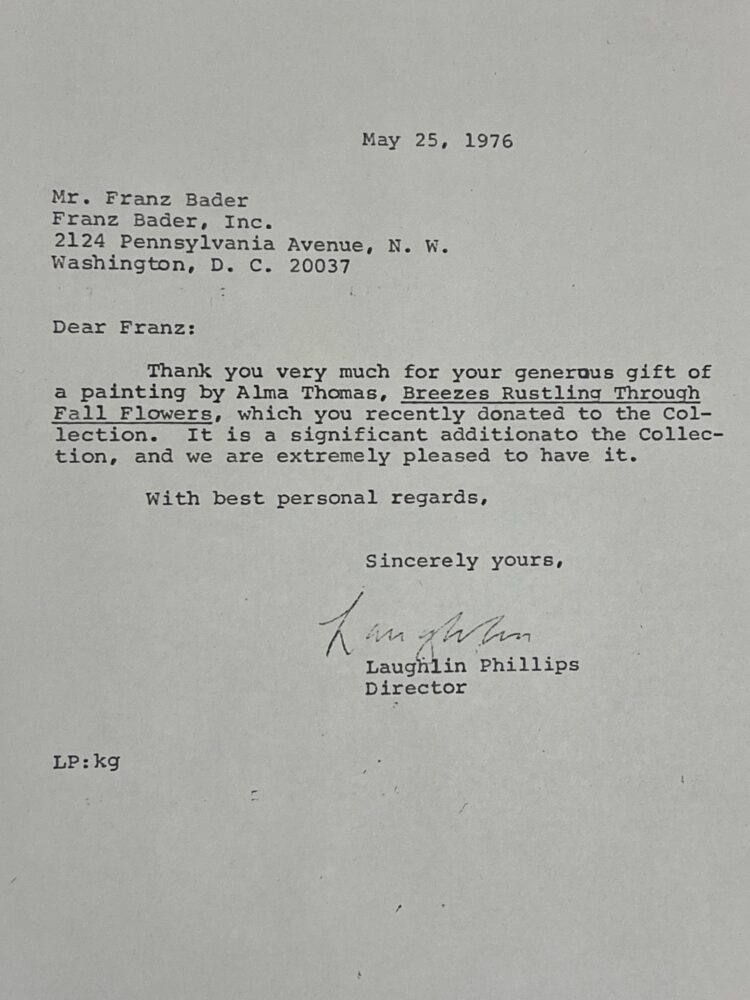 Writing to Thomas, Laughlin Phillips acknowledged the gift of Breeze Rustling Through Fall Flowers, donated by Bader. He mentioned that the painting “has been hanging steadily since its arrival and bringing pleasure to staff and visitors alike” and remarked on his interest in her new work on view at the Corcoran. Later that year, the Breeze Rustling Through Fall Flowers joined the American Art from The Phillips Collection exhibition and toured several venues in the US. 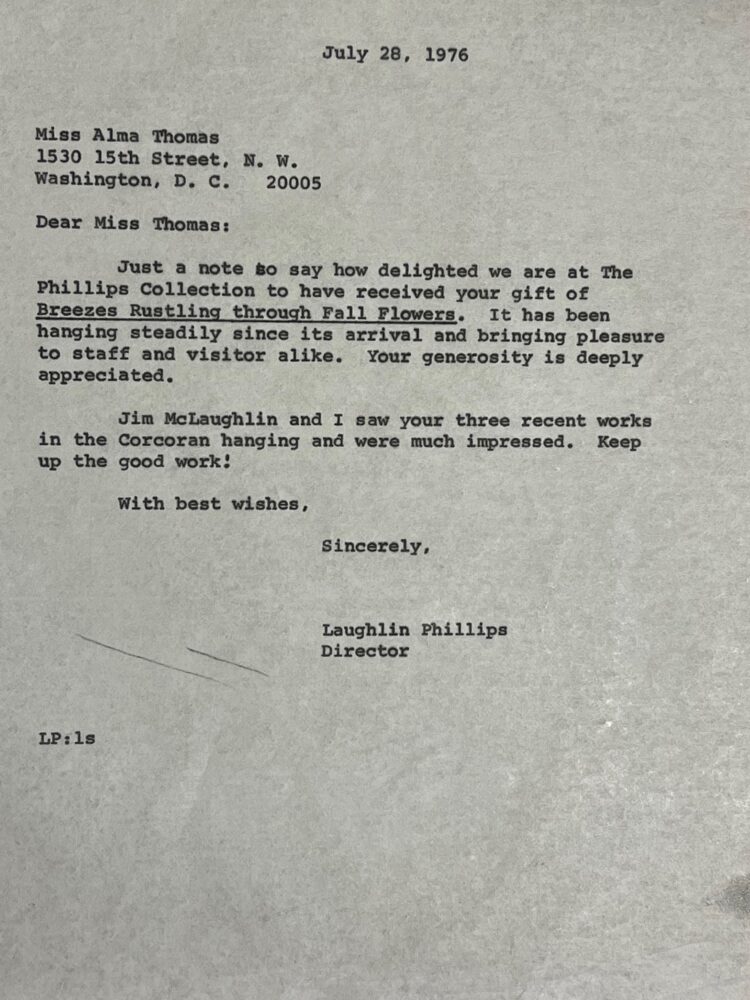 In the fall of 1977, the Phillips hosted an exhibition of photographs by Franz Bader. Thomas attended the exhibition and kept the brochure. 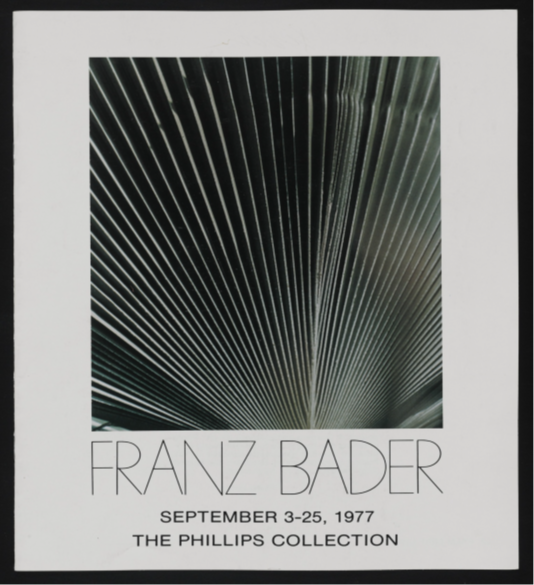 Brochure for Franz Bader exhibition at The Phillips Collection