Read Part I from Jorge and Rachel 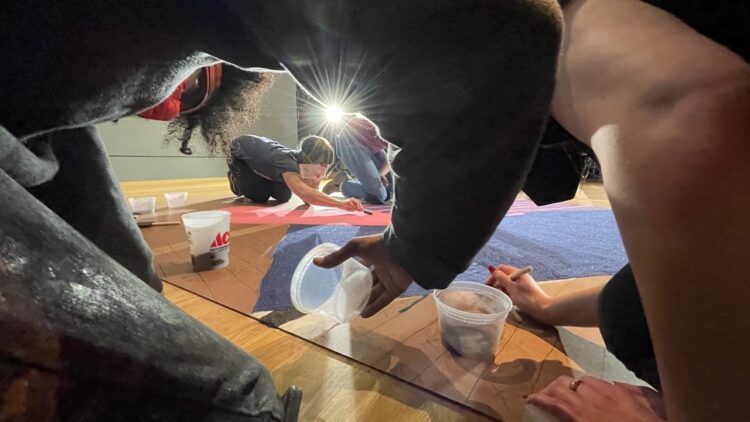 Emma Sweeney (@emma_sweeney_art_and_such), a graduate of the Corcoran College of Art and Design, works in drawing, painting, printmaking, and collage.

“After looking up images of Sanford Biggers’s previous sand installations, I was really excited to participate in creating this artwork. It was hard to imagine how such precise patterns could be created using a material as difficult to control as sand. What I learned over the course of the week that we spent creating Fool’s Folly is that you can get an incredible range of results from the simple act of pouring sand onto the floor.

We did not use any specialized tools, just quart-sized plastic containers and plastic putty knives from Home Depot. And yet with these simple means, I discovered that there were so many variables to experiment with: what height should you pour the sand from? Does tapping the container give you more control over how much sand comes out, or gently sifting it from side to side? What is the best way to hold the putty knife to minimize hand shaking? Each of us had to answer these questions for ourselves through trial and error to find which practices allowed us to uphold Sanford’s vision of the final piece. 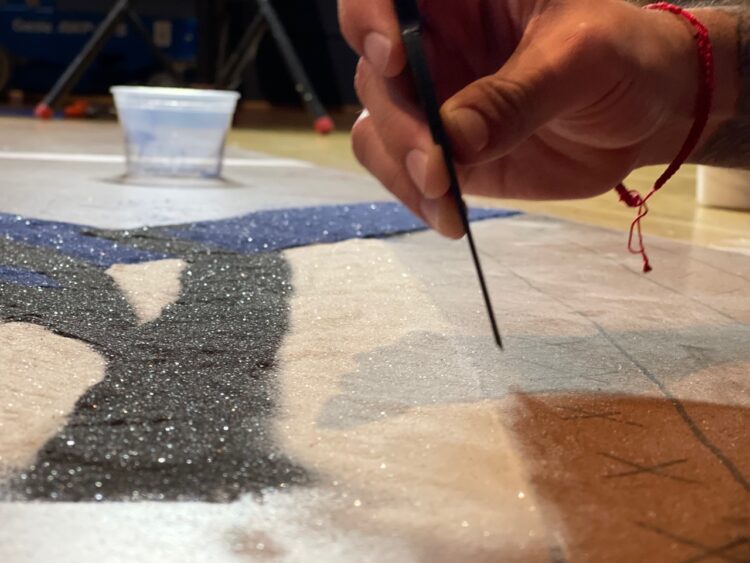 Our methods of working evolved over the course of several days as we all learned how to balance being precise with moving quickly enough to complete the installation on time. By the time it was complete I felt like I was only just beginning to get a handle on making the sand do exactly what I wanted it to, and a part of me wanted to keep going to see how much better at it I could get. Although my body, especially my knees, had definitely had enough by that point—my knees still aren’t talking to me after I put them through all that.

Overall, it was a very rewarding experience to see the artwork come together and to be a part of making it happen. It’s especially exciting to see the sand quilt in the gallery along with the Gee’s Bend quilts that inspired it, which have been some of my favorite pieces in The Phillips Collection since the museum acquired them.” 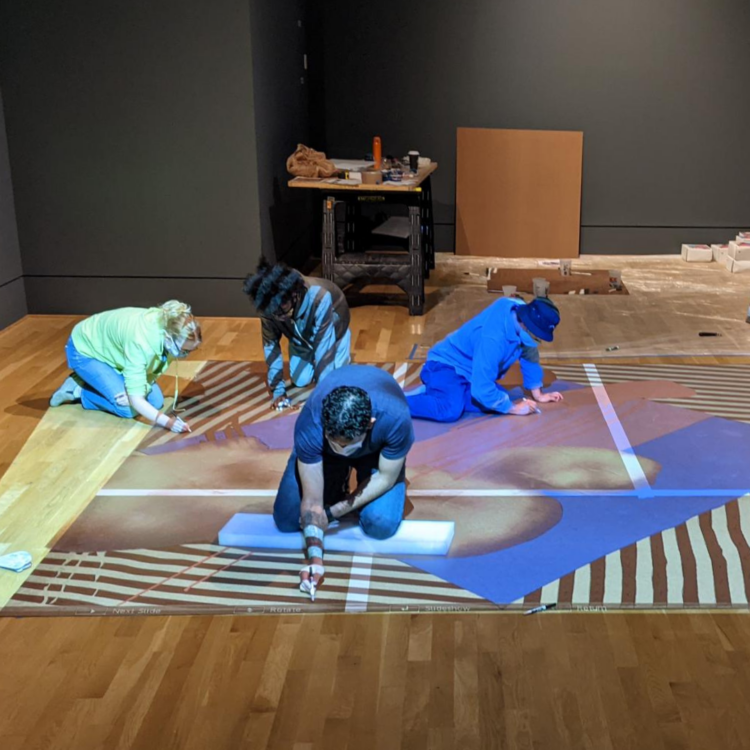 “Initially my reason for wanting to help with the project was to gain more experience with the process of art installations, and to have a closer look at a curator’s duties within a museum setting. However, after doing more research on Sanford Biggers’s work before starting the project, my reason for participating changed dramatically. His sampling of other cultures into his own work really identified partly with my own philosophy on creating art. As a painter I felt that although the medium is not connected to my own work, it would definitely be an experience that I could learn from.

Communally working on this project with fellow artists was much more challenging than I expected. The process of pouring sand to realize Biggers’s design was unexpectedly painful—both mentally and physically. More than a few hours on your knees will start to take a toll on your body. A manic focus is needed to properly apply the sand while also ignoring the physical pain of your body. There is also a struggle with one’s ego as the learning curve of a new medium is experienced. Sand is not easy to control. The dispersive nature of the sand requires very intense, slow, and concentrated action. Working on this project forced me to slow down and enjoy that struggle again. 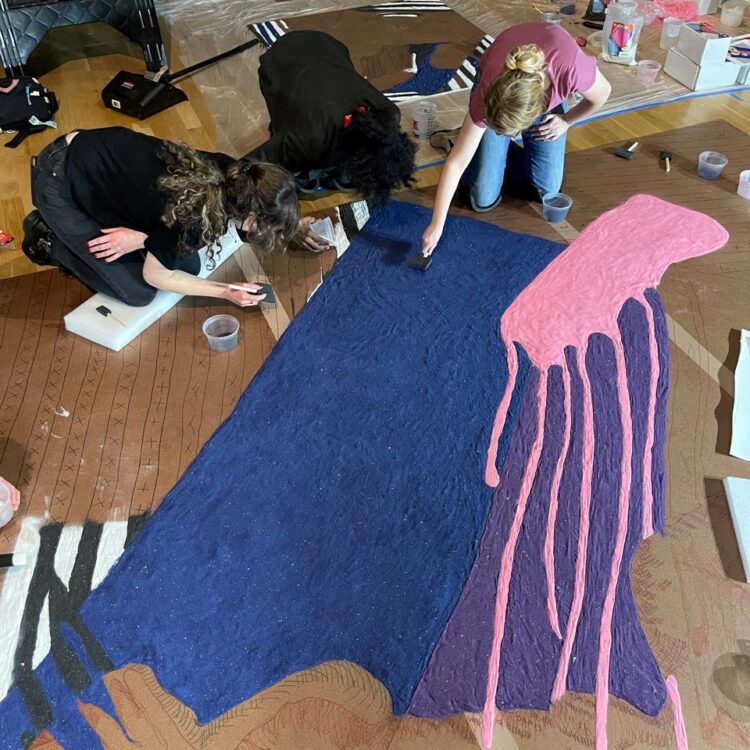 While working, the ephemeral quality of the piece was mentioned; it will be “destroyed.” That part of this project really impacted me—the fact that with certainty the work that we put in will be reduced to our mere memory of it. Which is where I think the true worth of art actually lies; in the impact and remaining memory of said trauma. Which was very interesting considering a lot of Mr. Biggers’s work references historical traumas. Also there was something playful and humorous about putting in so much work for what some would consider to be “for nothing.” I think that irony is purposeful as the piece is titled Fool’s Folly. A title which I think is suggestive about the act of making art. One could consider the ephemeral quality of the sand quilt to cause the act of making it a fool’s folly. However, that ephemeral quality is exactly what gives it meaning and purpose, because of our will to create it.” 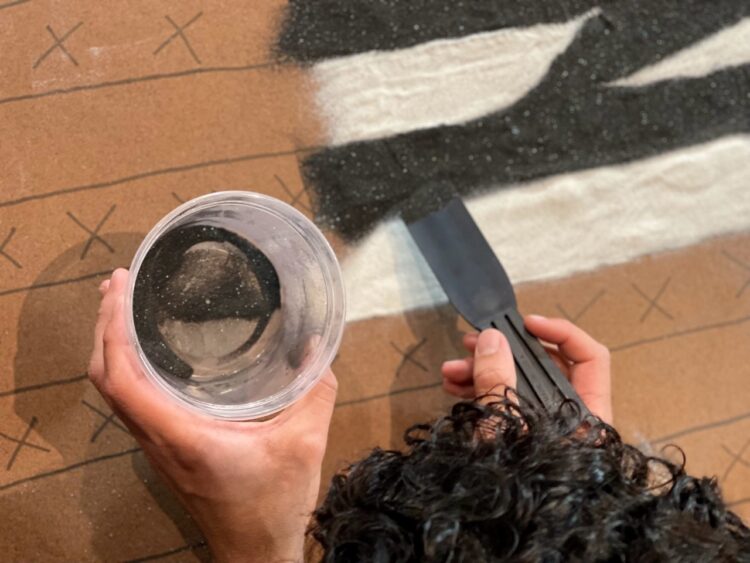 Rachel L. Cecelski (@miss.rachel_studios), a graduate of the Pennsylvania College of Art and Design, is a freelance illustrator and art teacher.

“I learned so much helping with the installation of Sanford Biggers’s Mosaic exhibition. I have used many mediums in my artwork, but never sand. Sandford taught me to slow down, learn the meditative state, trust yourself, trust the process of the installation. As always, I love watching an art come together and the thrill of the finished piece.” 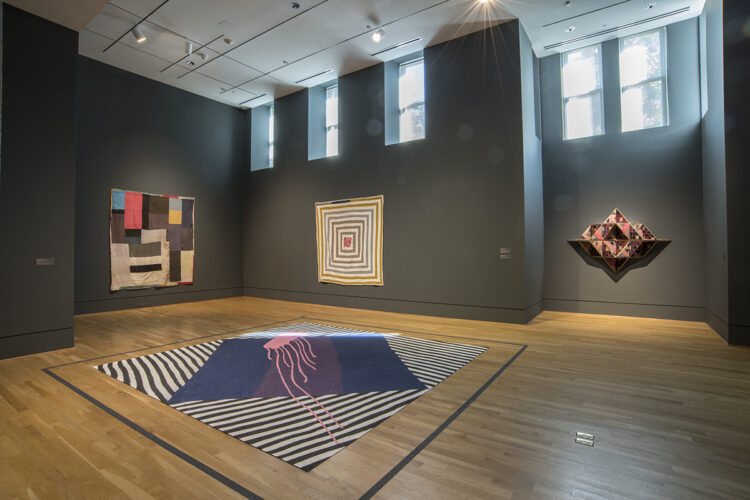