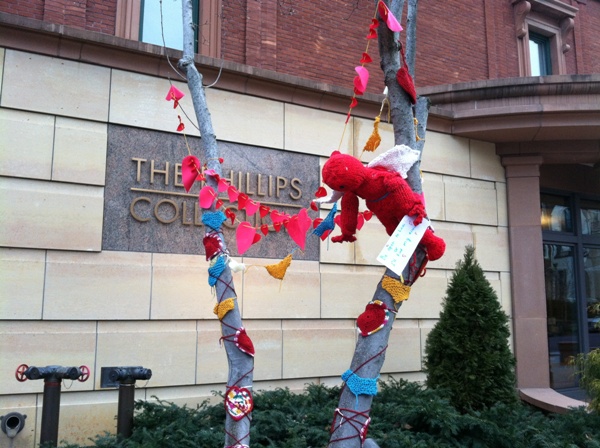 Hand-knit hearts (and cupid) adorn a tree at the Phillips. Photo: Cecilia Wichmann

Surprise! If you’re walking through Dupont this morning, be sure to head north of the Metro along the west side of Connecticut Avenue up to Looped Yarn Works, then back down and over on R Street to 21st, and of course down 21st to the Phillips. You’ll discover hand-knit hearts weaving a cozy path. We’ll post more photos and stories here throughout the week about how this magic came to pass. A huge thank-you to each of you–knitters and non-knitters alike–who came out for last night’s knit-in and donated your handiwork for this loving cause. 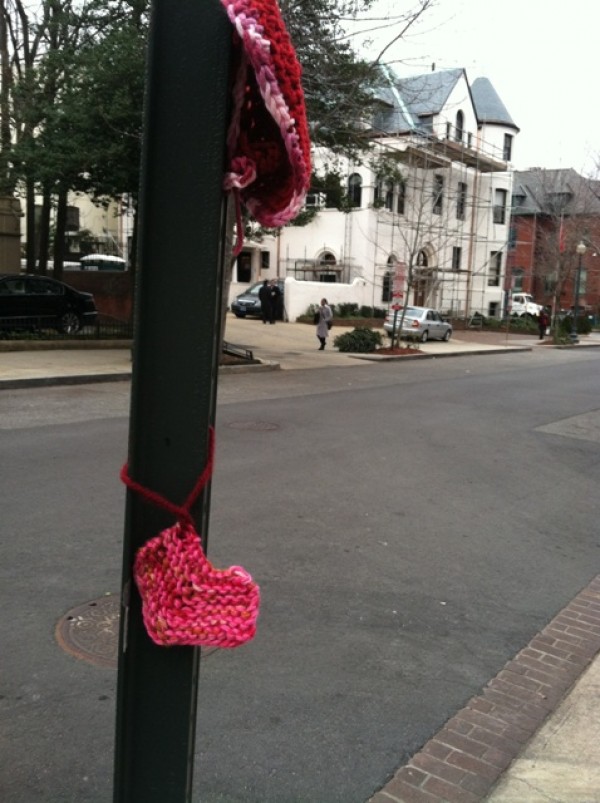 Browsing through The Commons on Flickr, I came across these images of the Woodrow Wilson House, which I often pass by on S Street during a lunchtime walk. I didn’t know Wilson (who died on this day in 1924) was the only president to make Washington home after his time in office (I can’t image a president doing that now), making this the only presidential museum in town. Though not technically in the Dupont Circle neighborhood (rather in the adjacent neighborhood of Kalorama), the streets where the house is located are some of my favorite areas of the city, filled with embassies and home to the Spanish Steps–a great spot for a stroll after time in the galleries.