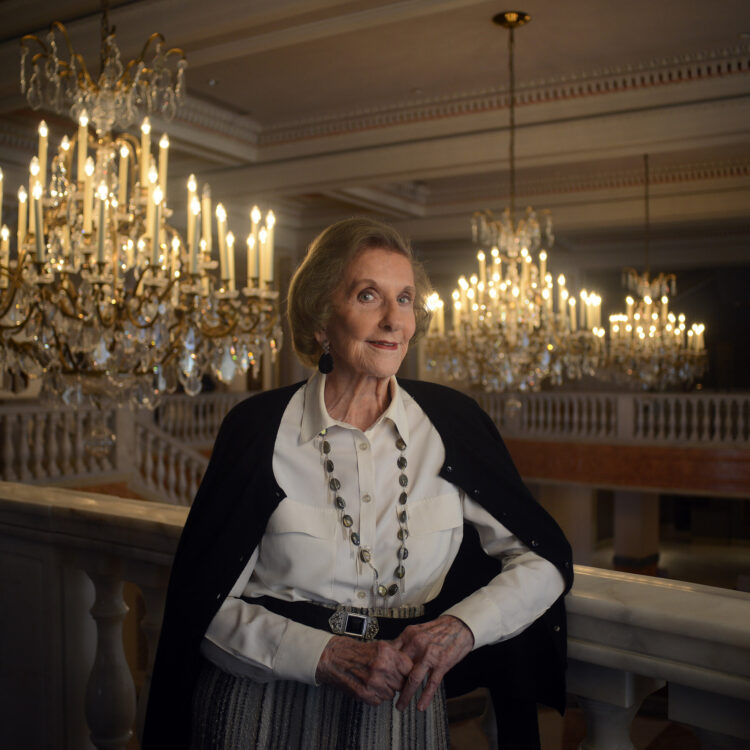 Wilhelmina Holladay in the Great Hall of the National Museum of Women in the Arts. (Photo: Astrid Riecken for The Washington Post, via Getty Images)

I was saddened to learn of Mrs. Holladay’s passing last week. Wilhelmina Cole Holladay (1922-2021) founded the National Museum of Women in the Arts in 1981, an important institution that is a critical part of the Washington, DC, museum community. As the director of a museum that started as a private collection rooted in an individual’s vision, I cannot help but reflect on certain parallels. Duncan and Marjorie Phillips were supporters of contemporary artists, especially American artists, and with a determination to amass America’s first museum of modern art, shaped by their own unique taste and predilections. Mrs. Holladay was frustrated by the dearth of attention to women artists and was determined to focus her collection on their art, and to build a museum to give them center stage. Both collectors and museum founders required vision, focus, and determination, as well as a profound belief in the importance of art in our society. Mrs. Holladay’s project resonates more and more strongly today as a prescient view of how astonishingly neglected the artistic production of women was, and the continued struggle for equality today. I had the honor of meeting Mrs. Holladay several times and was always impressed by her seriousness and old-world dignity. We have deep respect for the impact she had in her life, and hope that The Phillips Collection can help continue her legacy by championing women artists in our galleries and beyond.

One thought on “The Legacy of Wilhelmina Cole Holladay”