Duncan Phillips was an extremely prolific writer. Our archives are full of his correspondence (currently being digitized) with artists, gallerists, collectors, and also…US Presidents. Here are letters from Phillips to President Truman in 1946 and President Kennedy in 1961 in which he urges and commends the presidents for calling for world peace.

Following the known dangers of the first nuclear weapon deployments of WWII, and legislation on its regulation pending in Congress, Phillips wrote to President Truman about the urgent need for “emergency safeguards against any and every war in a period of atomic energy unleashed and of national sovereignty uncurbed. I write to you urging you to call for a world conference to make an actual start on world government.” 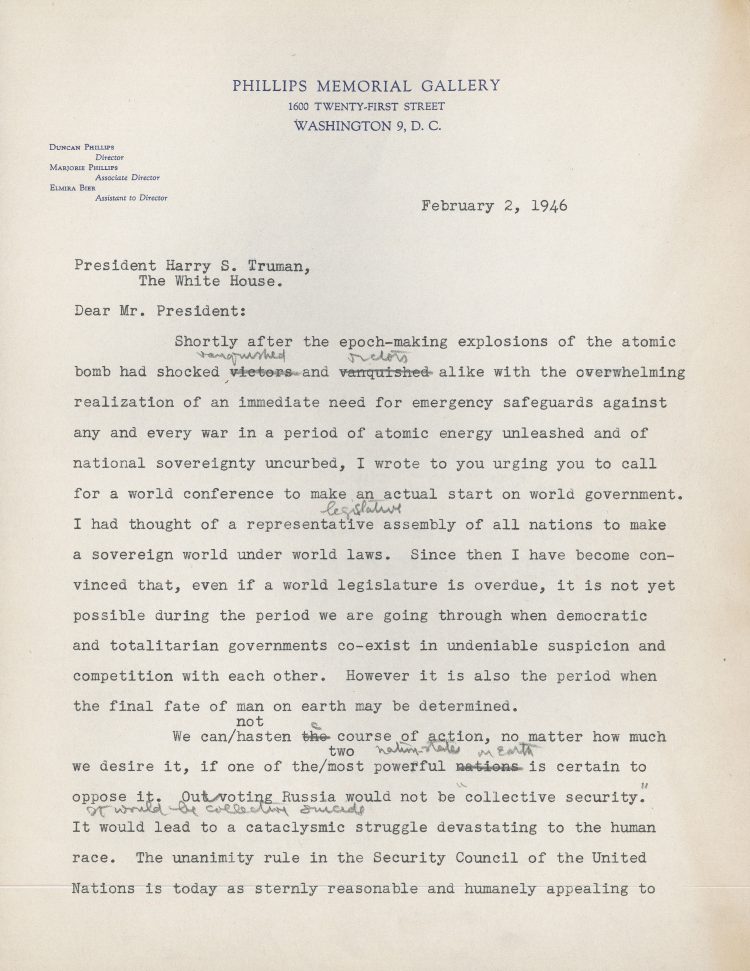 During the Cold War conflict between the Soviet Union and the United States and its culmination in the construction of the Berlin Wall, Phillips commended President Kennedy for the “greatly inspired leadership in your words when you said to the Soviet Union, let us call a truce to terror. Your challenge to a ‘race for peace’ is a heart-lifting thought.” 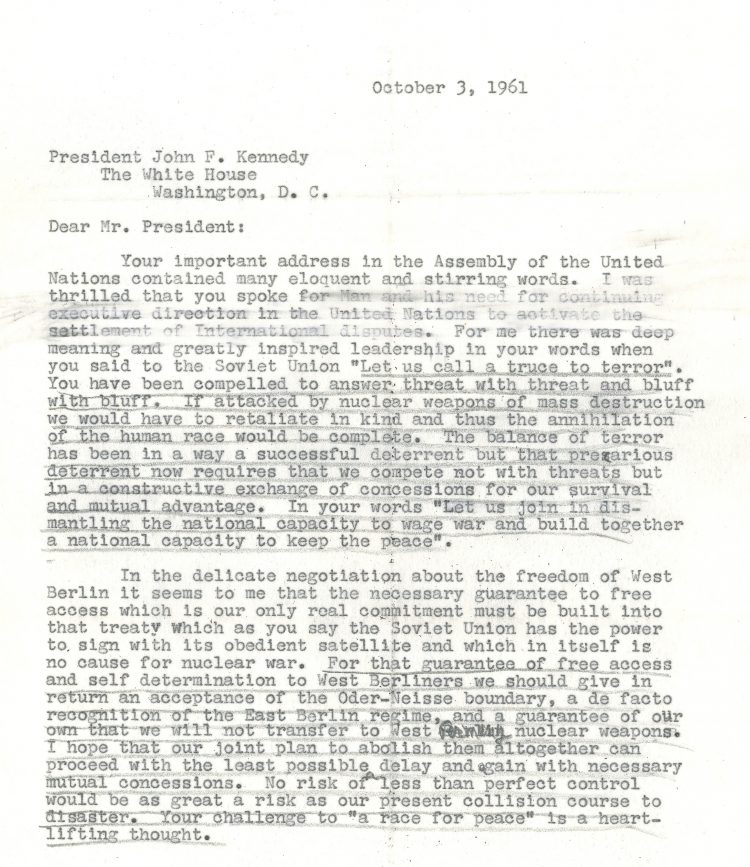