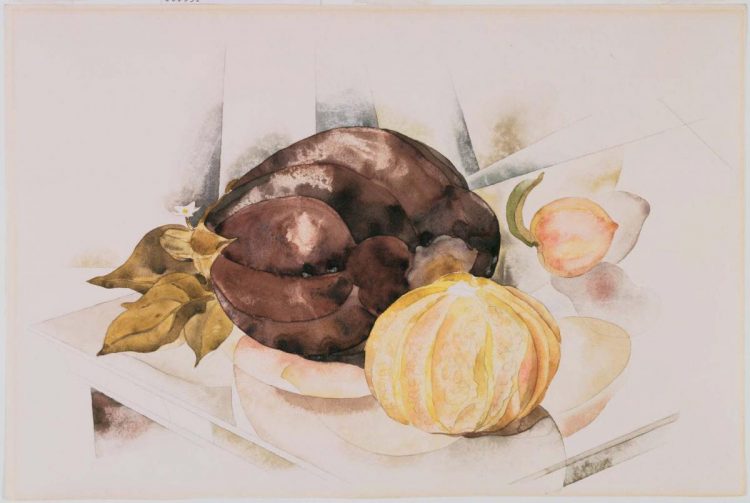 Charles Henry Buckius Demuth (1883–1935) was an American painter who specialized in watercolors, working in a style now known as Precisionism. He graduated from Franklin and Marshall Academy and studied at Drexel Institute and the Pennsylvania Academy of Fine Arts in Philadelphia.

Charles Demuth’s art is characterized by its sharp lines, crisp colors, and geometric shapes. He gained acclaim in his lifetime for his still lifes which focused on the bold colors and stark shapes of industrial landscapes, human figures, flowers, and vegetables, emphasizing the curves and lines of these forms. He is credited with being an artist who gave modernism an American form and face, and his influence can be felt in the works of his contemporaries and artists who followed him, such as Stuart Davis. His American modernism is today considered a forerunner to the later art movements of Pop Art and Abstract Expressionism. 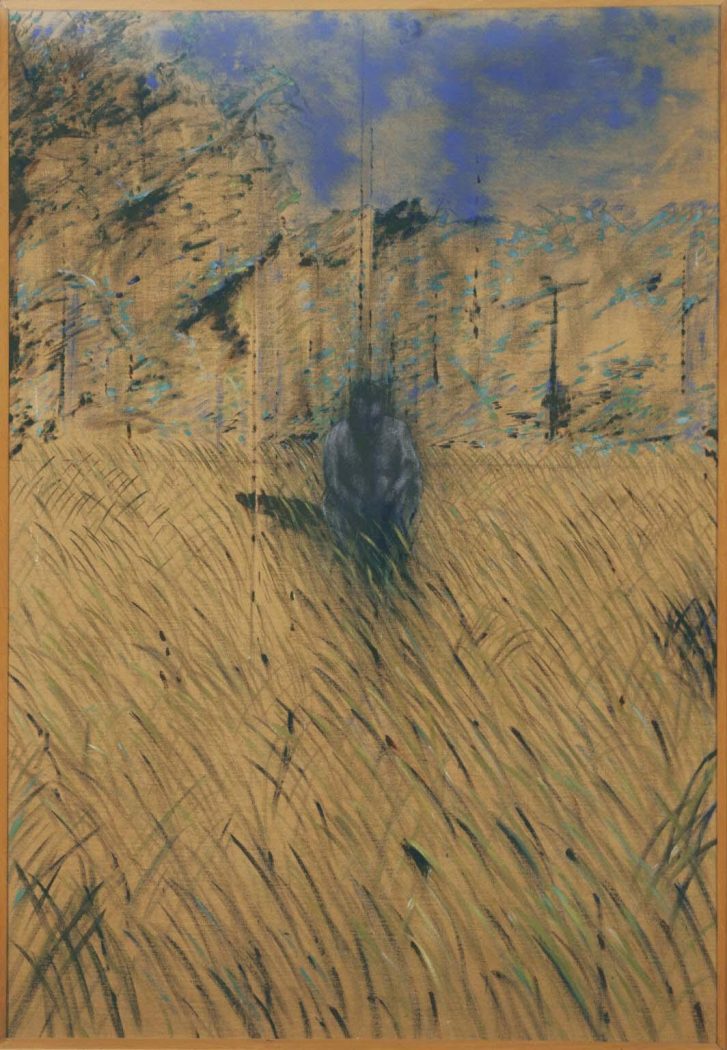 An artist who borrowed and played with themes and imagery from old masters and his contemporaries, Francis Bacon’s artworks today are instantly recognizable for his distinctive, almost surreal style. Violent and distorted, his paintings share themes of war, trauma, and seem to contain seething, roiling emotions. His choice of subject matter—painfully contorted, screaming bodies, crucifixions—reflects the violence and trauma that characterized 20th-century Europe, but also reflects his keen interest in depicting male homosexuality and sadomasochism. He created a number of works that depicted men in various states of intimacy, and though they sometimes caused a scandal, his works today are considered important ruminations on same-sex desire, mess and pain included.