Associate Curator Renée Maurer on the 1971 exhibition at the Phillips featuring local artists, which included Alma Thomas. See Thomas’s work alongside many of the same artists in Alma W. Thomas: Everything Is Beautiful, on view through January 23, 2022. 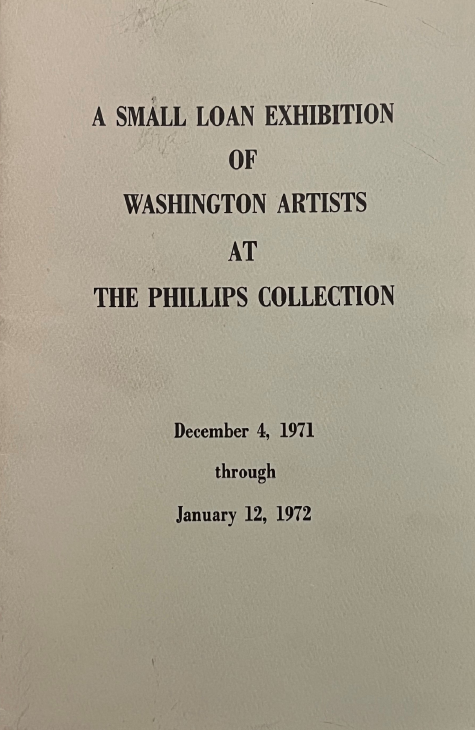 The Phillips Collection was one of the first major museums in Washington, DC, to exhibit the work of living artists, and since its opening, it has been considered a resource for modern art, an incubator for new ideas, and a nexus for creative circles. In the 1950s, Alma Thomas’s teachers at American University (AU)—Robert Franklin Gates, Ben “Joe” Summerford, and Jacob Kainen—had strong ties to the museum and its collection. In the 1960s, the members and associates of the Washington Color School—Kenneth Noland, Gene Davis, and Sam Gilliam—who all exhibited with Thomas at galleries throughout this city, were also connected to the museum; the color-filled canvases by Pierre Bonnard, Henri Matisse, Paul Cézanne, and Mark Rothko at the Phillips inspired them all. Summerford explained that at the time: “Washington was barren except for the Phillips and AU.” Davis spent weekend afternoons at the Phillips, and he attributed his mastery of color to the collection, saying “what constituted color in painting came directly from the French painting that Mr. [Duncan] Phillips seemed to be fond of.”

To celebrate the Phillips’s 50th anniversary, Museum Director Marjorie Phillips organized a local art exhibition. Thomas’s acrylic watercolor Atmosphere was on view with examples by Noland, Davis, Gilliam and others in A Small Loan Exhibition of Washington Artists from December 4–31, 1971. Thomas kept the announcement and the brochure from the show in her personal papers. In her writings, Marjorie Phillips noted Thomas’s work as “very nice” and that the galleries had “a feeling of color and excitement . . . just what I hoped for in this show!” In The Sunday Star, Benjamin Forgey reflected, all these “[artists] were nurtured on the paintings [at the Phillips].” Gilliam later observed that Thomas “responded to the Rothkos, Louises, and Nolands” in the collection. 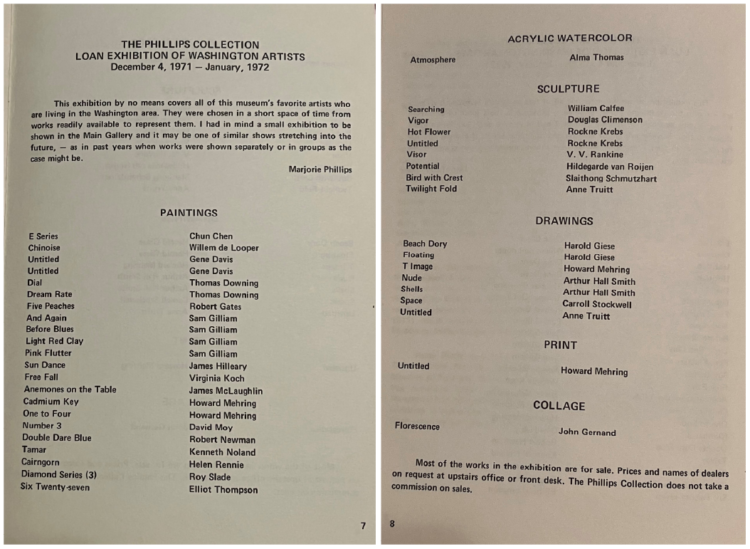 Thomas’s works are once again on view at the Phillips alongside works by Gilliam, Davis, Noland, and others in Alma W. Thomas: Everything Is Beautiful. 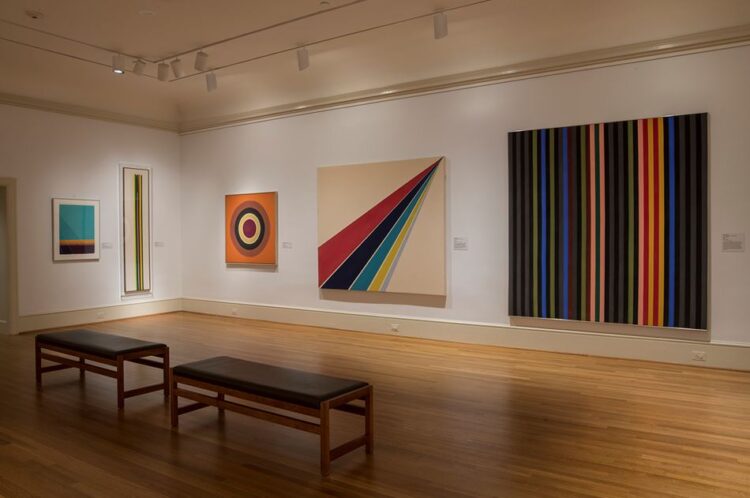