Artist Helen Zughaib shares how Jacob Lawrence has inspired her.

I was born in Beirut, Lebanon, and loved living there. I was so happy to be surrounded by the beautiful Mediterranean Sea and the lush, cool mountains, and my family and friends. Then came the civil war. We were forced to leave our home and leave everything behind, including my father. Along with my mother and two sisters, we were evacuated to Greece. I was devastated. 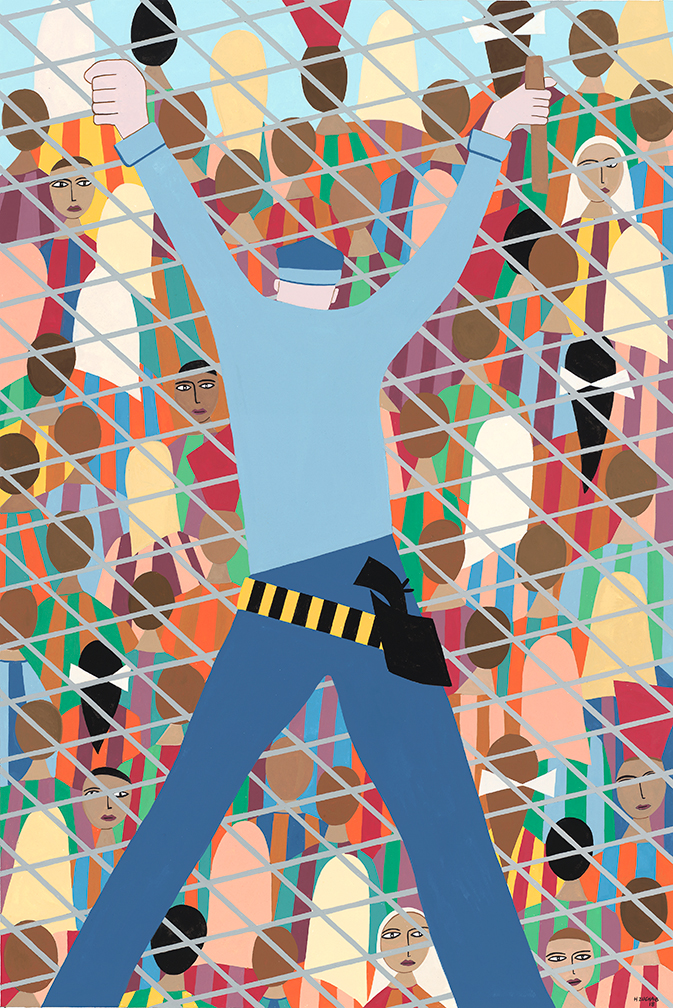 Helen Zughaib, Syrian Migration #16, 2018, Gouache and ink on board, 18 x 12 in.; Based on Jacob Lawrence, The Migration Series Panel no. 42: To make it difficult for the migrants to leave, they were arrested en masse. They often missed their trains. (1940-41)

Missing school and classes, disrupted by the war and moving, I did not get to learn much about art in America, though I decided I wanted to be an artist. Our family finally moved to New York and I got my chance to study art. I ended up in Washington, DC, and began my career as a painter.

The first time I went to The Phillips Collection and saw The Migration Series by Jacob Lawrence, I was overcome with emotion. I had never heard of Jacob Lawrence, but instantly connected with his art and narrative. His use of color and line and the flat quality of his work resonated with my own style of painting. And he used gouache! My favorite paint! I had a new hero in the art world. 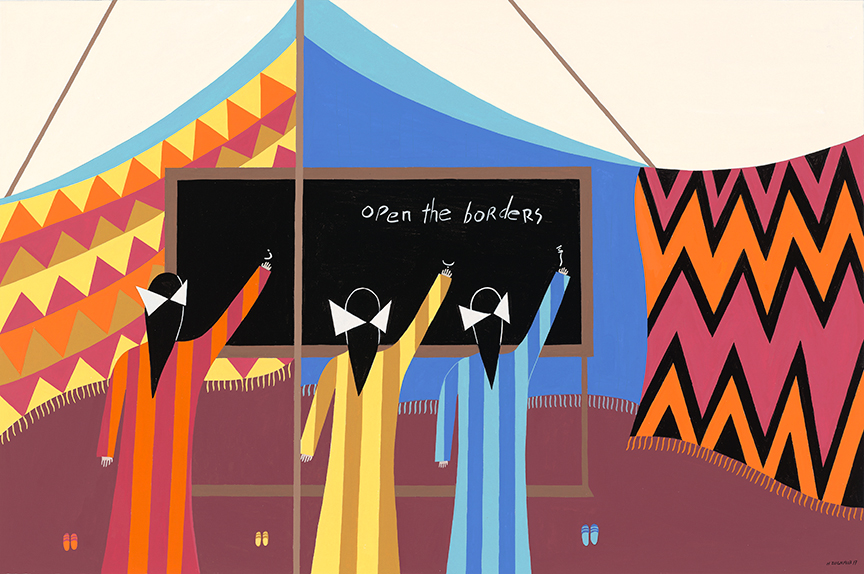 Several years later, I actually had the once-in-a-lifetime chance to meet Jacob Lawrence at his retrospective at the Phillips. I could barely sleep the night before. My father, who was born in Damascus, Syria, waited in the long line with me, as we slowly approached the red velvet couch he was sitting on. I kept trying to think of what I could possibly say to him as we moved closer.

Finally, I was there, standing in front of my hero, Jacob Lawrence. He reached out to shake my hand and I began to cry, not saying a word. My brief shining moment to tell him how much his work, style, soul, and spirit had inspired me since I had first seen his paintings, and my one chance to tell him I loved him, was gone. 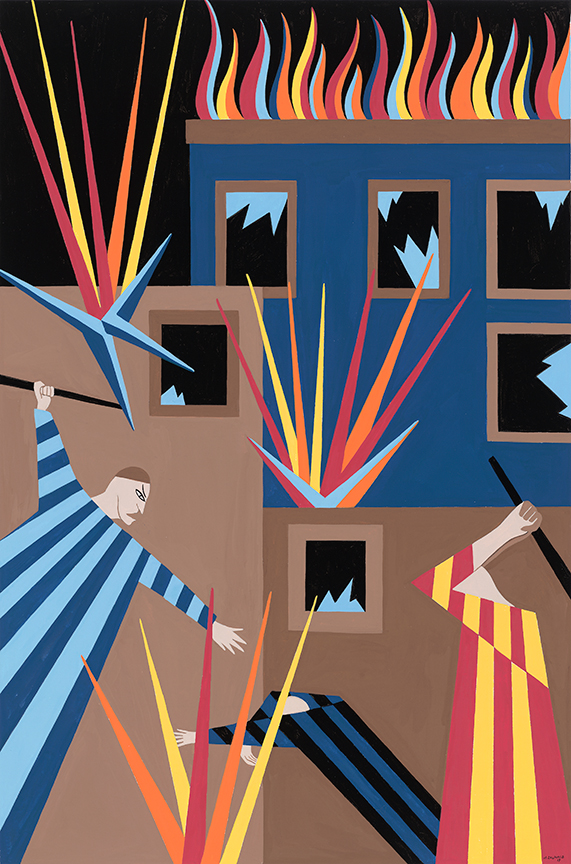 Helen Zughaib, Syrian Migration Series #1, Gouache and ink on board, 18 x 12 in.; Based on Jacob Lawrence, The Migration Series, Panel no. 51: African Americans seeking to find better housing attempted to move into new areas. This resulted in the bombing of their new homes. (1940-41)

Twenty-six years later, I had a chance to share my own migration story, as an Arab American, and to tell the story of 13 million Syrians, migrants and refugees, fleeing war, poverty, drought, bombs, and starvation. I, too, have painted the stories and tried to give voice to people fleeing injustice and violence, just as he did in his paintings. He allowed them to speak, to share their experiences, to show their dignity, beauty, perseverance, and even hope. I have tried to do the same.

His paintings and stories have endured, and speak to us louder now, maybe even more than ever. I have been listening to him all along. I hope others will do the same.

And if Jacob Lawrence might be reading my blog from heaven, I love you!!

One thought on “I Love You, Jacob Lawrence”