Could a missing Jacob Lawrence Struggle painting be hiding on your walls?

Since the 1960s, Jacob Lawrence’s Struggle: From the History of the American People has suffered the tragic fate of being dispersed among more than a dozen public and private collections.  Severed from their original context, several of these panels have gone missing. Yet, thanks to the national tour of Jacob Lawrence: The American Struggle, two of the five remaining missing panels have resurfaced. How did that happen? As it turns out, in each case, the private collectors had been living with these works without any idea of the visionary artist or series to which it belonged. “I passed it on my way to the kitchen a thousand times a day. I didn’t know I had a masterpiece,” confessed the newfound owner of Panel 28.

As the exhibition comes to a close, have a look around your home and those of your friends and family members. Do either of these two panels look familiar? All that is known about the third missing painting, Panel 20, is that it is titled “Spindles,” likely referring to the spikes on a cotton gin used to clean cotton. 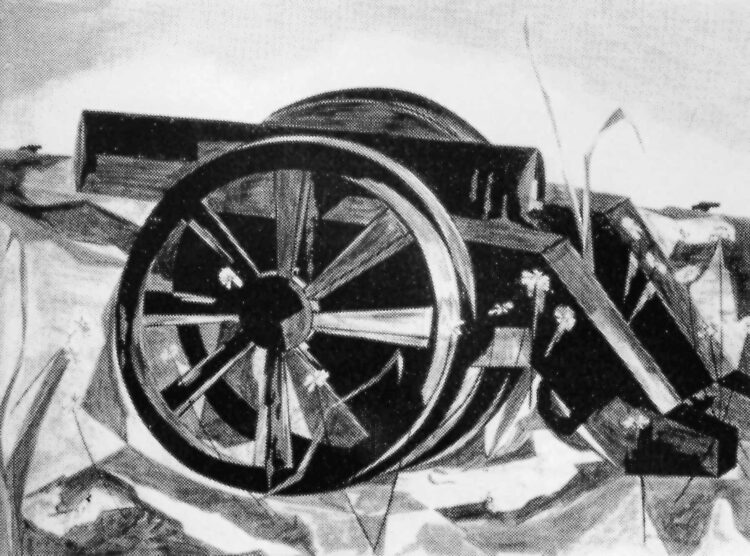 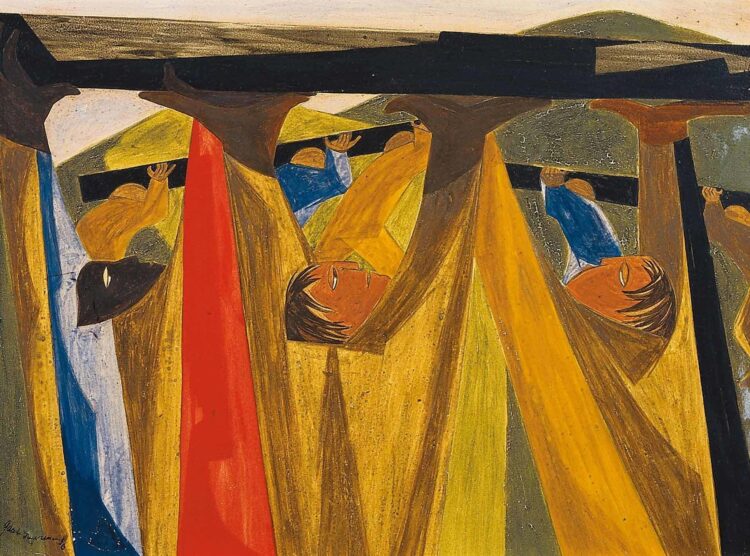 Panel 29: A cent and a half a mile, a mile and a half an hour.—slogan of the Erie Canal builders, 1956, painting location unknown. © The Jacob and Gwendolyn Knight Lawrence Foundation, Seattle/Artists Rights Society (ARS), New York. Courtesy of Lucia | Marquand