I’m always looking for opportunities to encourage a love and curiosity for art in my 21-month old son, Adrian. He’s not quite ready to handle books with delicate pages (he loves ripping them out and then saying “Oh, no!”) so often we read more durable board books. You Are My Work of Art (available in the museum shop) is one of our favorites.

Written and illustrated by former Disney animator Sue DiCicco, the book features eight mostly well-known artworks like Mona Lisa, The Starry Night, and American Gothic. DiCicco places each painting under a flap (yeah manipulatives!) that children lift up to discover the artwork. On top of the flap, she includes a short poem about the picture. DiCicco pairs the paintings with more kid-friendly versions she’s illustrated—think a little girl playing dress-up in her mom’s closet and posing to look like Mona Lisa.

Adrian and I love reading this book together. He enjoys lifting the flaps and comparing the pictures. I like that he gets so excited by art. For instance, each time we turn to the page featuring Under the Wave off Kanagawa he yells, “Water!” He also imitates some of the poses; at the end of the book DiCicco includes a Mother and Child painting by Mary Cassatt. Every time we turn the page, Adrian instinctively lifts up his hand and places it on my chin. How could a mother resist any book that guarantees such tender interaction?

Evenepoel arrived in Paris in 1892 at the age of twenty. He quickly fell in love with his new city and with his cousin, Louise de Mey. Yes, his cousin. To add more drama to an already uncomfortable situation, Louise was married with two small girls, Henriette and Sophie. But that didn’t stop Evenepoel and Louise from falling in love and producing a son, Charles, in 1894. END_OF_DOCUMENT_TOKEN_TO_BE_REPLACED 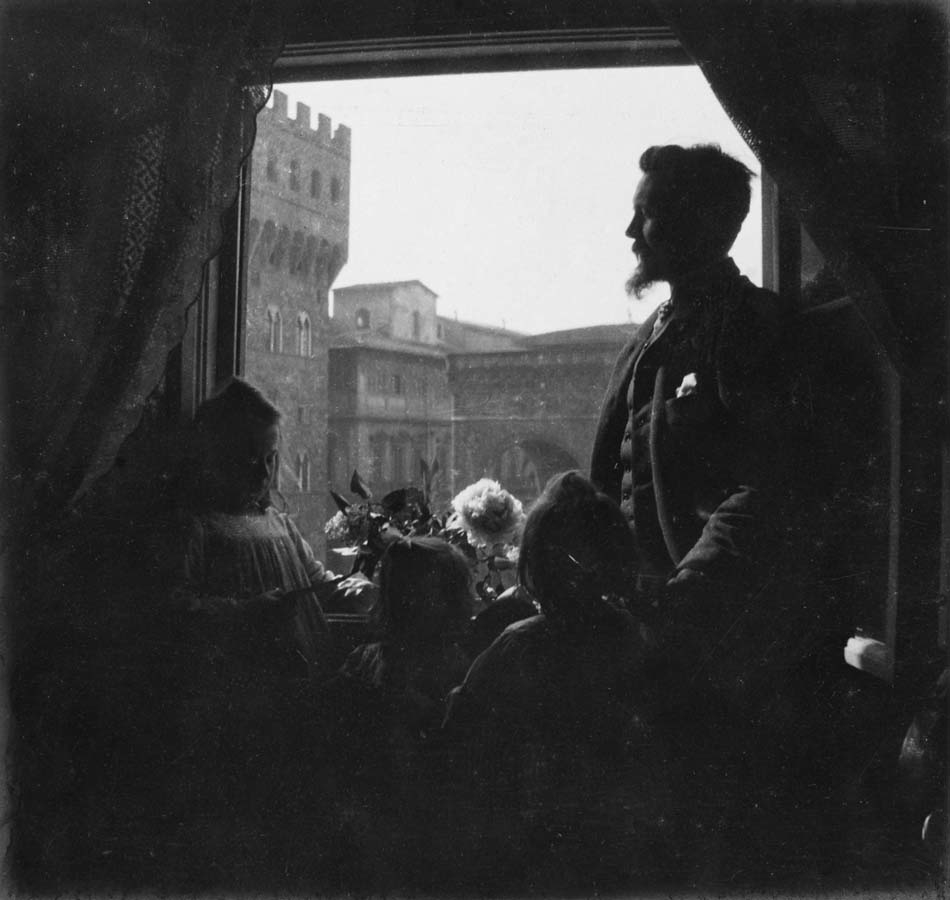 Maurice Denis (1870–1943)
Maurice Denis, a painter and critic, founded the Nabis in 1888 and published the group’s manifesto in the magazine Art et critique. Denis mostly photographed his wife and their seven children, sometimes experimenting with extreme close-ups. He left behind 2,689 prints and 1,250 negatives. He had his negatives developed professionally; his wife did the printing and stored the images in albums.