2021-22 Sherman Fairchild Fellow Shiloah Coley speaks with Inside Outside, Upside Down artist Kim Llerena, whose work Stonewall Jackson (dismantled), Monument Avenue, Richmond, Virginia, has been acquired by the museum. 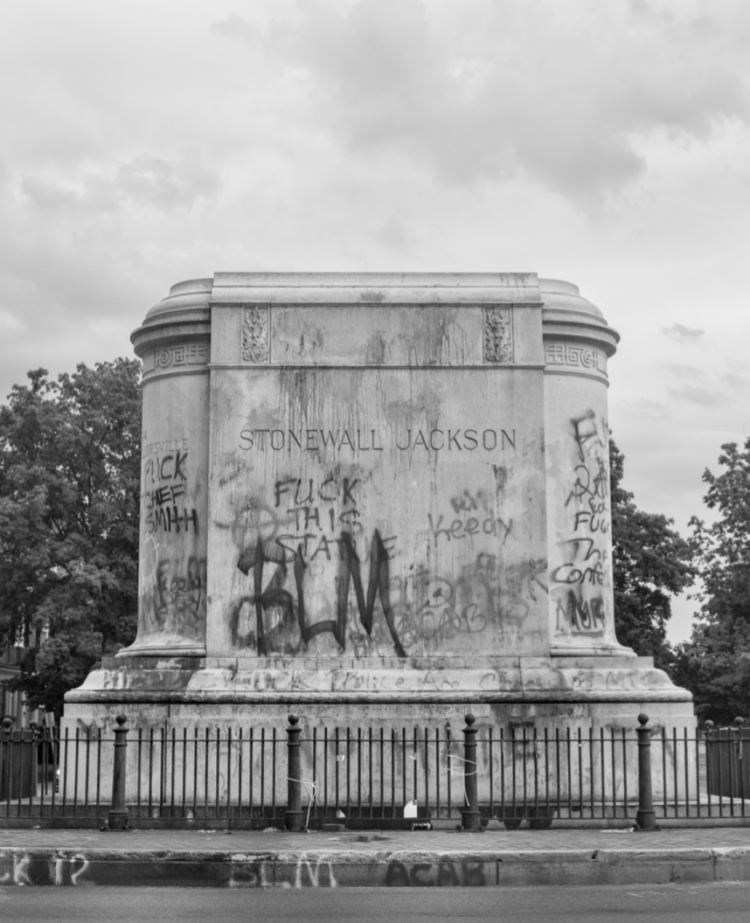 “I didn’t think I had made anything meaningful this year,” chuckled Kim Llerena as she reflected on going through the process of deciding which piece to submit for Inside Outside, Upside Down.

She likes finished projects—photographs that are a part of a larger body of work or series. At the time, Stonewall Jackson (dismantled), Monument Avenue, Richmond Virginia did not fit into that category. She now views the black-and-white print of the dismantled graffiti-covered Stonewall Jackson statue in Richmond, Virginia, on Monument Avenue, as an extension of the most recent work she’s been exhibiting, American Scrapbook, which depicts fragments of the American experience across the U.S.

Like so many of the other artists I spoke with, Llerena found herself needing to change the way she typically works when it became clear last year that everything would remain on lockdown for a while with travel advisories in place. Her practice is primarily grounded in her travels on cross-country road trips. “I typically like to explore the American landscape, but as it is influenced and marked by the human hand and the human experience, that certainly was put on hold during the pandemic as I was not traveling,” said Llerena. 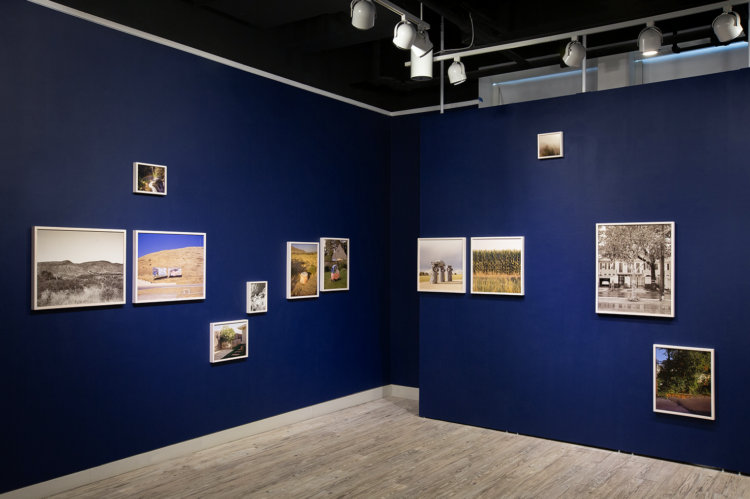 While setting up a show in Virginia, she decided to document the deconstructed monuments to the confederacy, where activists and protestors held demonstrations during 2020, largely in response to police brutality and the police murder of George Floyd. She hoped to capture the after effects of the protests and demonstrations on the monument. “My most recent project American Scrapbook was very interested in remnants, remnants within our visual landscape that were sort of evidence of human interaction upon the landscape whether it was rural or urban.”

Public oversight of confederate statues has been a long contested debate in Virginia, where Monument Avenue props up the legacies of the confederacy quite literally on pedestals in the former capital of the confederacy, Richmond. After the deadly white nationalist rally in Charlottesville in 2017, the law protecting the monuments came under fire. In March 2020, Virginia lawmakers finalized a bill that removed state protection for the memorials, leaving the fate of the monuments up to towns, cities, and counties.

Llerena’s work investigates our “constructed relationship to place.” Given that the monuments occupy public land, it spoke volumes to see how the public engaged in the deconstruction of the monuments. What is signified when the legacy of the confederacy is glorified so much so that the monuments become a tourist attraction? What does that say about the narratives we value in America?

The Stonewall Jackson monument was the first of four confederate statues to be removed from Monument Avenue in early July of 2020. Some have connected the removal of confederate statues across the U.S. to the student-centered Fallism movement tied to Black liberation and decolonization, which garnered attention in South Africa in 2015 as students protested the glorification of British Imperialist Cecil John Rhodes, whose statue was removed from the University of Cape Town. While the removal of a statute does not make an institution or country equitable or actively engaged in decolonization, it provides evidence that there is hope in the possibility of what collective action from the public can achieve as we consider the removal of confederate statues in the U.S. Statues and monuments signify what we value, and what stories and narratives we uplift as truth.

As Llerena drove through Monument Avenue, she took in the demonstrations going on around the monuments. The space was filled with music, protest signs, and graffiti. “Like almost repurposing that monument,” Llerena said. “So I thought that was a very beautiful moment, indicative of hopefully where we go in the future—not to glorify these confederate soldiers and these monuments, but to glorify the dismantling of them and dismantling what that signifies for how we read and teach American history.” 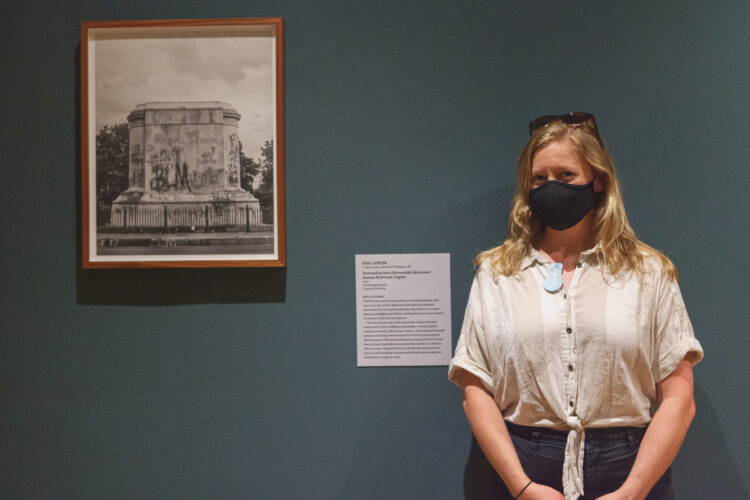 Kim Llerena with her work in Inside Outside, Upside Down. Photo: Travis Houze